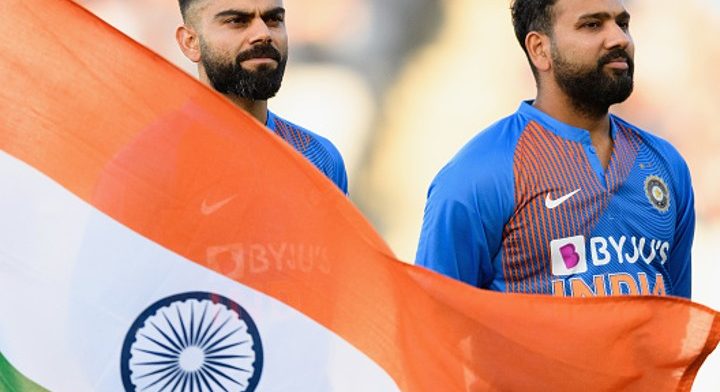 The active crop of international stars has been one of the finest to watch as the likes of Rohit Sharma, Virat Kohli, Joe Root have graced the game at different levels with their spectacular bating display. While Joe Root has been the master of red-ball cricket in recent times, Rohit Sharma has been enjoying his stint as captain by adding runs after run and reaching impressive numbers in terms of hundreds.

Currently the international cricket is blessed with the likes of Root and company who have one of the impressive tallies in terms of centuries at international level. While Virat Kohli continues to lead the way, he is joined by his former Royal Challengers Bangalore (RCB) teammate Chris Gayle in the list for Top 5 most hundreds by international stars.

The former India captain is currently leading the chart with 71 hundreds to his name at the international level. Only the great Sachin Tendulkar has scored more tons than Virat and is level with Ricky Ponting with 71 hundreds. He also has more fifties than anyone else in the current crop of players with 124, while he has also amassed more than 24000 runs. Virat has scored 43 ODI, 27 Test and one T20I hundred.

Arguably considered by many as one of the finest Test cricketers in the English books, Joe Root too has been sensational as he boosts a tally of 44 hundreds to his name at the international level.His average of 49.10 is the second-best after Kohli and has scored more than 17000 international runs.

David Warner is one of the rear players on the international stage to have won every single international honour, more comprehensive than the likes of Adam Gilchrist, Rickey Ponting and others. Currently he is the third highest active player with most hundreds, as he boosts a tally of 43 and has scored tons in all forms of the game.

A veteran of the game, Chris Gayle is one of the rear players to have scored a triple hundred in Test on multiple occasion, but is also one of the greatest T20 players of all-time. With 42 international hundreds to his name he has also bagged two T20 World Cups, making him one of the finest of his generation.

The current India captain sits fifth in the standings with 41, and has a unique tally of 29 ODI hundreds, 8 Test hundreds and four T20I hundreds. Of all his 41 hundreds is standout, his best score of 264 is a record tally in a ODI game, which stands tall and is most probably unbreakable considering the rarity of it. Rohit has been scoring runs for fun and will certainly try to add to his tally in the coming days.