Sophia Gardens, Cardiff has hosted one game in The Hundred tournament so far and it’s a batting friendly pitch in that match as both teams scored more than 300 runs combinedly. Batsmen in top order scored good runs so the ball came nicely in the start and spinners didn’t do much and a similar pitch can be expected in this match as well.

Watch The Hundred Men Live Score and Streaming on Fancode app in India. 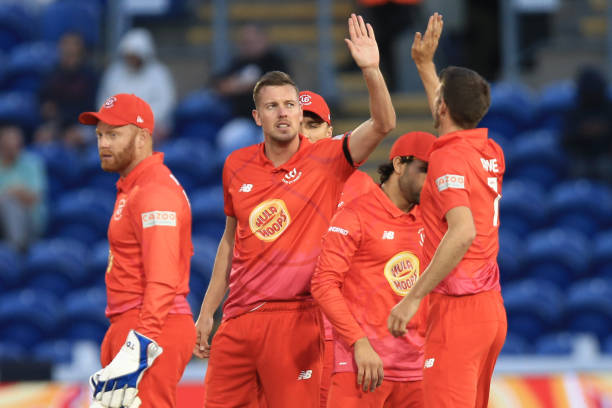 Carlos Brathwaite : He is an all rounder and has been decent in English domestic cricket this season and with bat as well as ball he contributes something.
Carlos Brathwaite Stats in The Hundred 2021 : 41 runs and 2 wickets in 2 matches

Ben Duckett : He has been in good touch in this tournament and played good knocks in the first two matches.
Ben Duckett Stats in The Hundred 2021 : 41 and 53