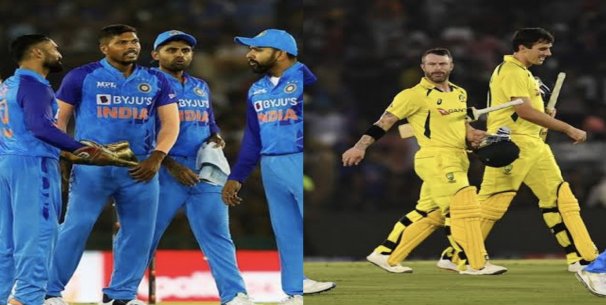 IND vs AUS Prediction: The T20I series between India and Australia kick-started on Tuesday (20th September) at PCA Stadium in Mohali. The visitors thumped the hosts by 4 wickets to take a 1-0 lead in the three-match series. They displayed a staggering performance with the bat and chased down 208 runs to start the series on high.

IND vs AUS Prediction: India to win the second T20I against Australia

The second T20I between India and Australia is slated to take place on Friday (23rd September) in Nagpur. The Rohit Sharma-led side would be eager to win in order to save the series. The visitors on the other hand would want to close the series.

Talking about the prediction of the match, it is expected that India will make a comeback and level the series 1-1. They batted staggeringly in the first game but their bowling let them, which is likely to be improved in the second game.

India leaked a lot of runs at the death but it is expected that Jasprit Bumrah will make a comeback and the problem is most likely to be solved. Also being the seniors, Harshal Patel and Bhuvneshwar Kumar are expected to come back strongly after a poor game.

With the series on line, it is likely that hosts will bring out their A game and play impressively to level the series at 1-1. Also with the teams having high quality players, it is expected that the fans would be in for an enthralling contest.

India is most likely to bring back Jasprit Bumrah in the side in place of Umesh Yadav in the second T20I. Whereas the kind of performance Australia displayed in first game, they are likely to play with the same XI.

Here’s the Probable XI of India

Here’s the Probable XI of Australia