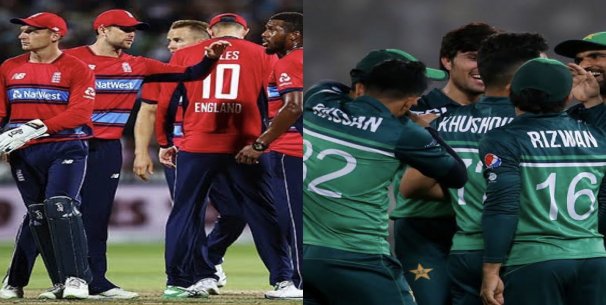 PAK vs ENG Today Match Prediction: Pakistan is all set to host England for the first time in 17 years. The two teams will lock against each other in the seven-match T20I series, which will begin from Tuesday (20th September). The second, third and fourth games will be played in Karachi on September 22, 23 and 25 respectively. The last three matches will be played on September 28, 30 and October 2 in Lahore.

The T20I series between Pakistan and England will act as a preparation for both the teams ahead of the T20 World Cup 2022. Both the teams would be looking to get their combination right for the marquee tournament in the series.

Talking about the prediction of the first T20I between Pakistan and England, the hosts are likely to take a 1-0 lead in the series. Considering the home conditions and also with England without their skipper Jos Buttler, the Babar Azam-led side are likely to emerge victorious.

Although Pakistan will be without their ace pacer Shaheen Afridi, they still look strong as their young pacers are in the top notch form and also one cannot doubt the ability they posses with the bat.

On the other hand, one cannot take England lightly. Although they are without Buttler but they have all the players in form and also Alex Hales is back in the team. With the teams having high quality players, it is expected that the fans would be in for an enthralling contest.

With T20 World Cup 2022 around the corner, both the teams would be looking to field their best XI and get their combination right for the event. Let’s take a look at probable playing XI for both Pakistan and England.