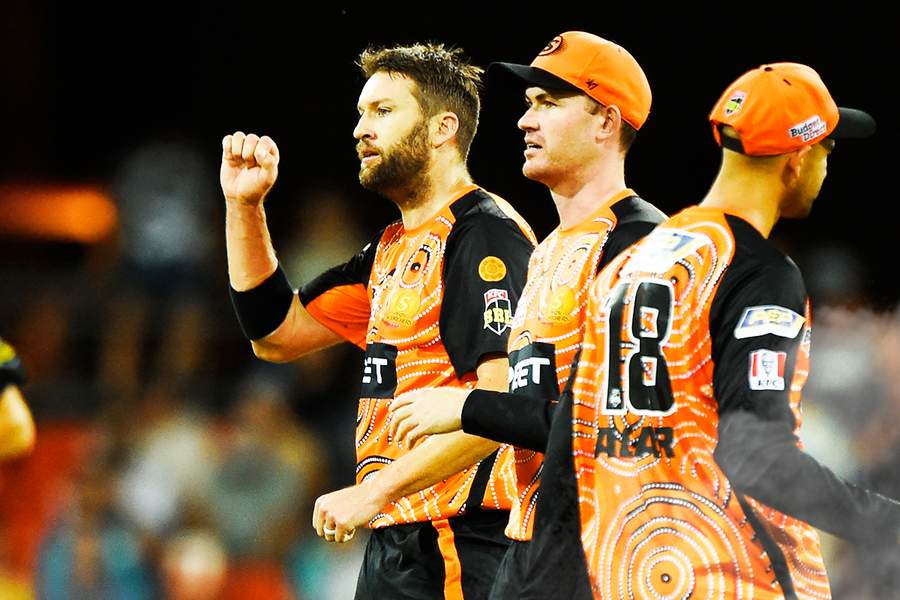 SCO vs STA Today Match Prediction: The Perth Scorchers and Melbourne Stars will clash in the rescheduled fixture of Big Bash League 2021. The Perth Scorchers have 9 wins in 11 league fixtures and are at top of the table. They won their last league match by chasing down the total of 151 runs, and would be confident of executing their skills in both the departments. While the Melbourne Stars have their some of the key players back and will look to secure a victory and keep the hopes alive of making it to the playoffs of the tournament. Although both the teams are not evenly matched, it can be a close encounter.

The Perth Scorchers will look to be continue the momentum with a confidence boosting win in the last league game. The team management has not updated about the availability of Mitch Marsh and Josh Inglis. While Colin Munro returned a positive RT PCR test, and is in isolation. If they are available, the team is expected to play with the same 11 in this fixture.

The Melbourne Stars missed the services of Marcus Stoinis, as he is suffering from a back injury. While Adam Zampa, Beau Webster and Joe Burns made a return into the 11, and will be the strength of the team. While Haris Rauf and Qais Ahmad have been doing well and would look to keep putting in the same effort in the upcoming matches.

Who will win today’s SCO vs STA match?

The Perth Scorchers have been terrific in their performances in the tournament and are at top of the table. The win in the last game would surely provide them confidence to continue the momentum in the tournament. The likes of Ashton Turner and Agar are in top form for Scorchers. While the few players Melbourne Stars are coming into this game after isolation, and are without much practice. They need to be at their finest in terms of execution in bowling performances. But, the Perth Scorchers are expected to secure a victory in the SCO vs STA Dream11 Prediction.

Read: Fastest 100 in cricket
The players which can perform well for Scorchers are Ashton Turner and Ashton Agar.

The top fantasy picks from Stars will be Adam Zampa and Hilton Cartwright.

Today match score: The team batting first is expected to post a target of around 150 for the opposition.

Today pitch report: The pitch at Geelong has assisted the batters as well as bowlers to get fine purchase and win the matches for the team. The team batting second have won the most game.