Today Match Prediction for BGR vs LSH: The first match on Day 4 takes place with the Botanical Garden Rangers taking on the La Soufriere Hikers

La Soufriere Hikers are on a roll here and have won 2 out of 2 here in the tournament. This is going to be another game they will be expected to win after the Botanical Garden Rangers lost yet another game in their last encounter when they lost. They have lost two out of two so far in the tournament and it is now going to be interesting to see whether they can muster up a fight against the defending champions and the team that has won both their games so far. 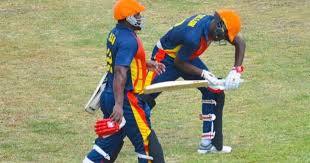 The game last year was won comprehensively by the Hikers

Today Vincy Premier League match score: The team batting first will be looking to score 100 runs and that would give them a fighting chance.

Today Vincy Premier League pitch report: It takes good players to play well on this pitch as it is one of those tricky pitches that tests their opponents out.