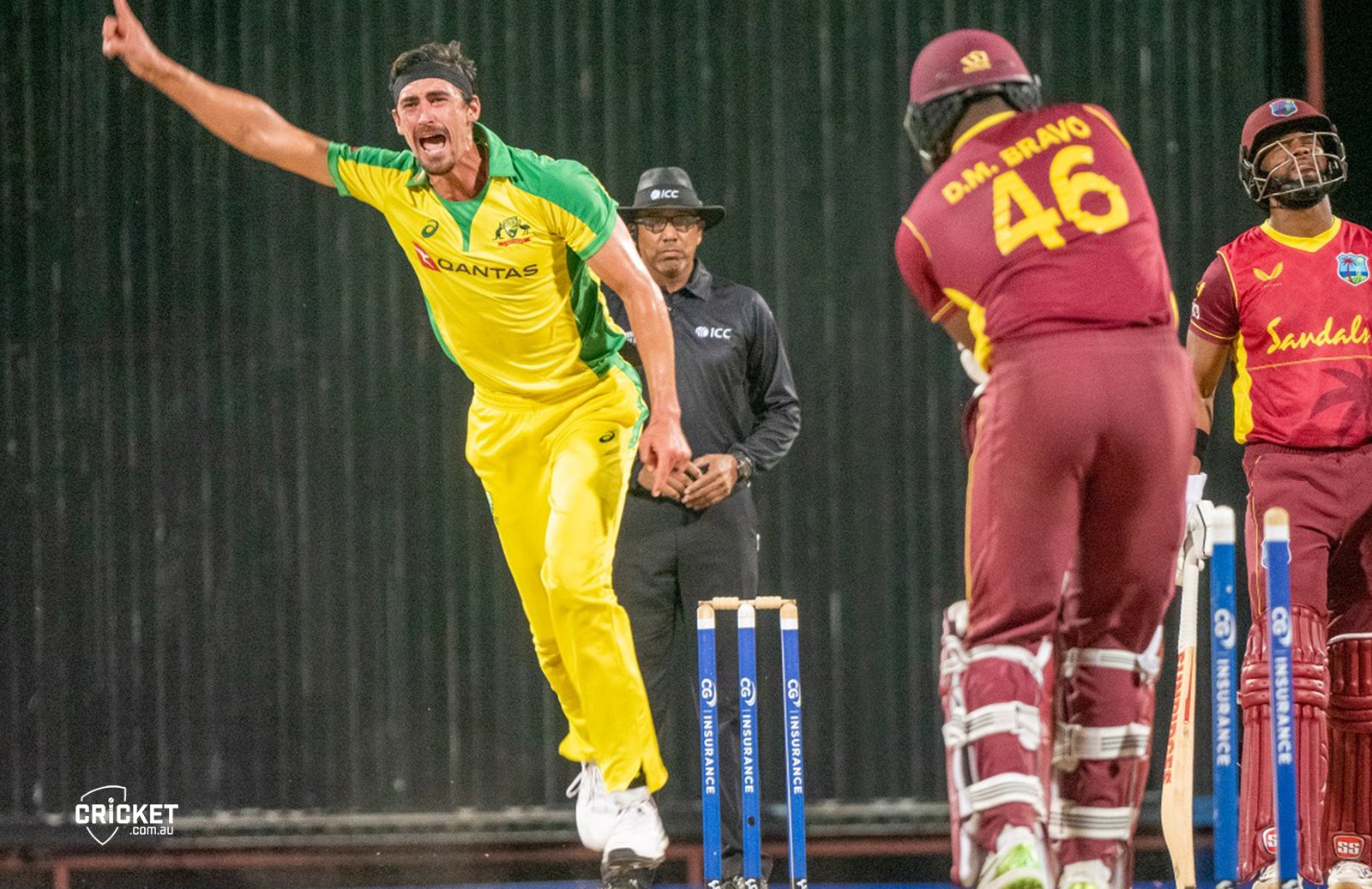 WI vs AUS dream11 today match prediction: West Indies came back in style in the 2nd game to level the series when no one gave them a chance. They bowled brilliantly to restrict Australia to a total which they were able to chase it down later not before being thrown into a tricky situation. The vice captain Nicholas Pooran played a good hand along with the former captain Jason Holder to take their team to safe waters after being in a precarious situation.

Mitchell Starc was seen in magnificent form in the first 2 games. He has got his lost swing and control and looks doubly dangerous at the moment. Australia’s batting against spin was a visible flaw in the T20Is and that got carried into ODIs as well. Akeal Hossein broke the back of Australian batting in the 2nd ODI in no time. The pitch aided spinners but Australian batters didn’t apply themselves and as a result couldn’t post a winning total.

West Indies welcomed their batting mainstay Shai Hope for the 2nd game and he responded with a match winning contribution at the top of the order.

In dream11 prediction, lets bring out the strengths, weaknesses and stats of both the teams. Who will win today match: The odds are still in favor of Australia according to the betting sites. West Indies would love to win this series which would be back to back series wins for them.

Today match score: The wicket was difficult to bat and anything around 240 to 250 should prove to be a winning total in here.

Today pitch report: It was a great wicket with not usual roads that were on offer as is the case with majority of white ball cricket around the world. The wicket aided spinners big time and fast bowlers enjoyed the good carry that was on offer as well. If you are a batter, you got to play out of your skin to put up a big score on this wicket.

Who won yesterday game: IND won by 38 runs against SL

Where to watch WI vs AUS cricket live score and stream: FanCode