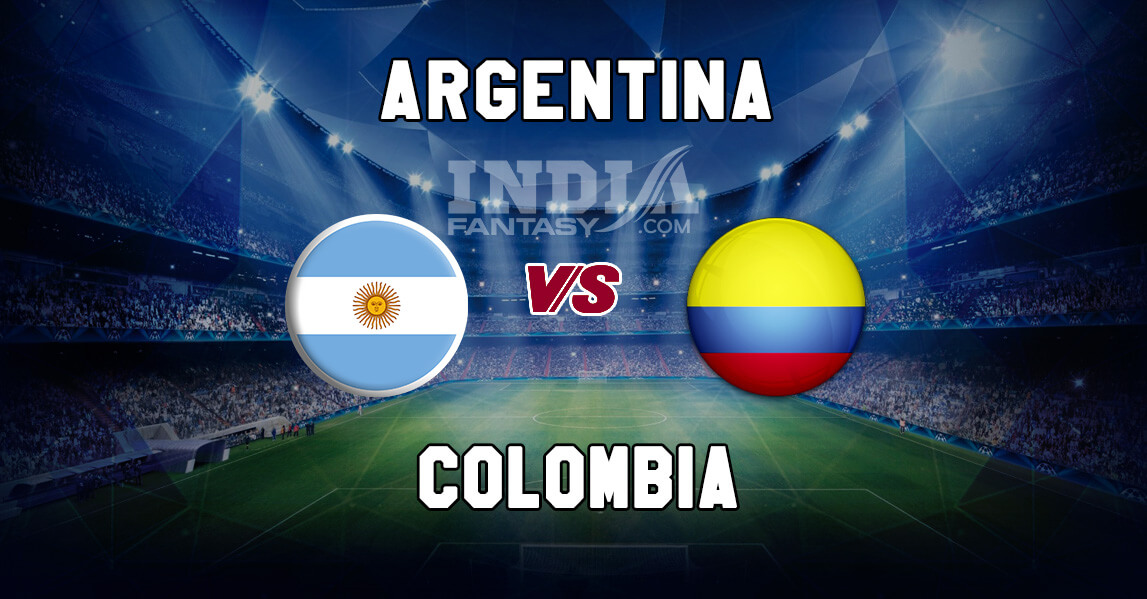 Argentina haven’t lost to Columbia since 2007, a run of 8 games with five ending in wins for the two-time World Champions.

Columbia have also failed to score in seven of those games, and are without a goal against Argentina in the last five games.

Argentina are unbeaten against Columbia in the Copa America since 1999.

Lionel Messi just single-handedly sent Argentina to the World Cup with a hat-trick.

Lionel Messi: Who else but the Barcelona superstar. Despite Argentina not winning a major international trophy in the last 26 years, Messi has 67 goals to his name, which came at a fairly good average. He won his fifth European Golden Boot award after netting 36 times in La Liga this season

Sergio Aguero: The former Atletico Madrid forward is coming off another stellar season with Manchester City where he once against topped the goalscoring charts for Pep Guardiola’s team. After winning yet another Premier League title, his confidence will be sky-high. We back him to score at any point against Columbia.

Duvan Zapata: No question that based on the form, Zapata is Columbia’s biggest threat to Argentina. The Atalanta striker has had a wonderful season with his club in Serie A, scoring 23 times in the league, and 28 in all competitions. 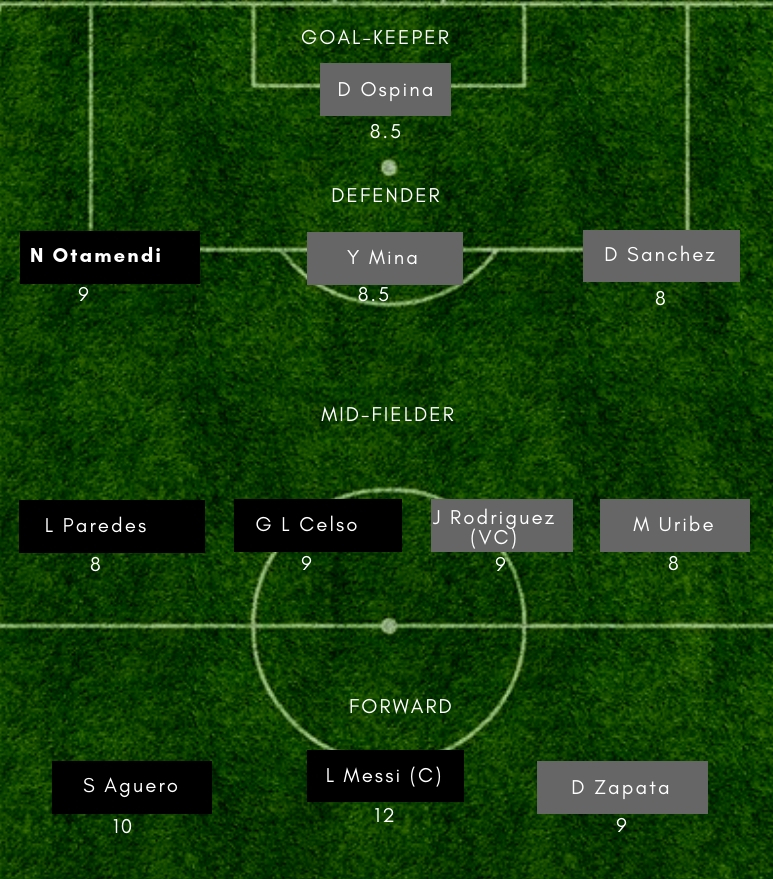 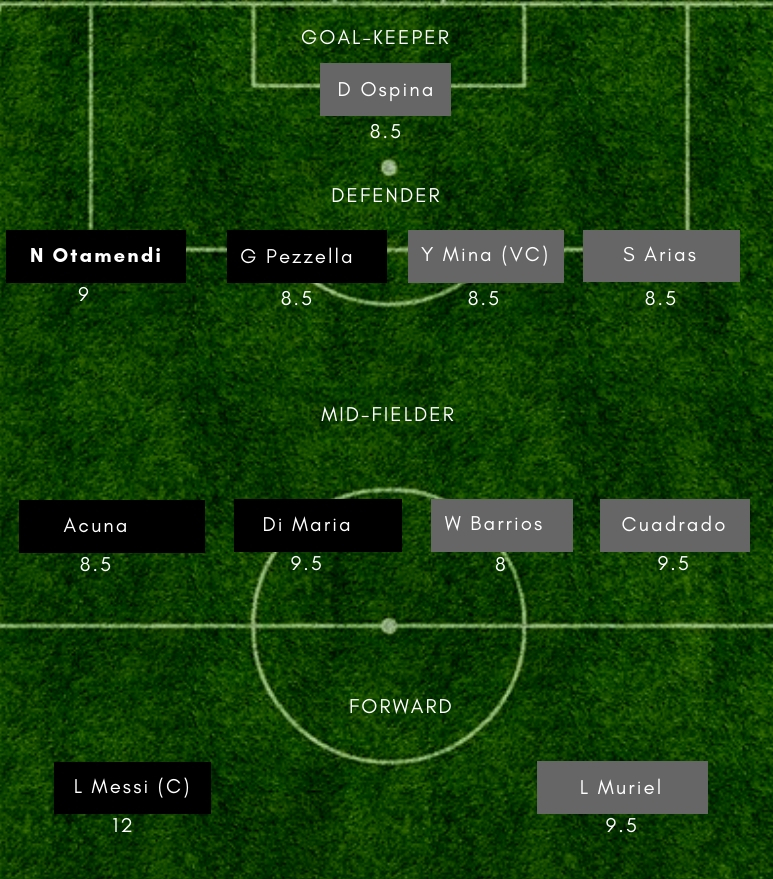 ARG vs COL Dream11 potential winner:
Argentina haven’t lost to Columbia in ages, and we back Messi and Co. to extend that record by one more game.

Argentina not to lose.