USA W vs CN W Dream11: The USA Women will be up against Canada Women in the upcoming semi finals of the Tokyo Olympics. Both sides are on the back of penalty shoot out wins in the quarter finals. The USA beat Netherlands 5-3 on penalty after the game was on level terms by 1-1 by the end of 120 minutes. USA did look like the more prominent team to make it through, given the way they fluently put the Dutch defence under pressure.

As for Canada, this is their third successive semi finals in the Olympics. They did end up winning the bronze medal in London and Rio, but will be keen on going for gold this time around. The Canadians secured a win on pens over Brazil in the previous fixture, and will be looking to assert themselves on their neighbors later today.

Where to Watch USA W vs CN W Live: The game will be broadcasted on the Sony Sports Network

Expected Changes and Strategy: Naeher should be starting in at goal. O Hara, Dahlkemper, Sauerbrunn and Dunn could feature as the back three. Horran, Ertz and Mewis should accommodate the midfield region. Williams, Morgan and Rapine are expected to lead the attack. 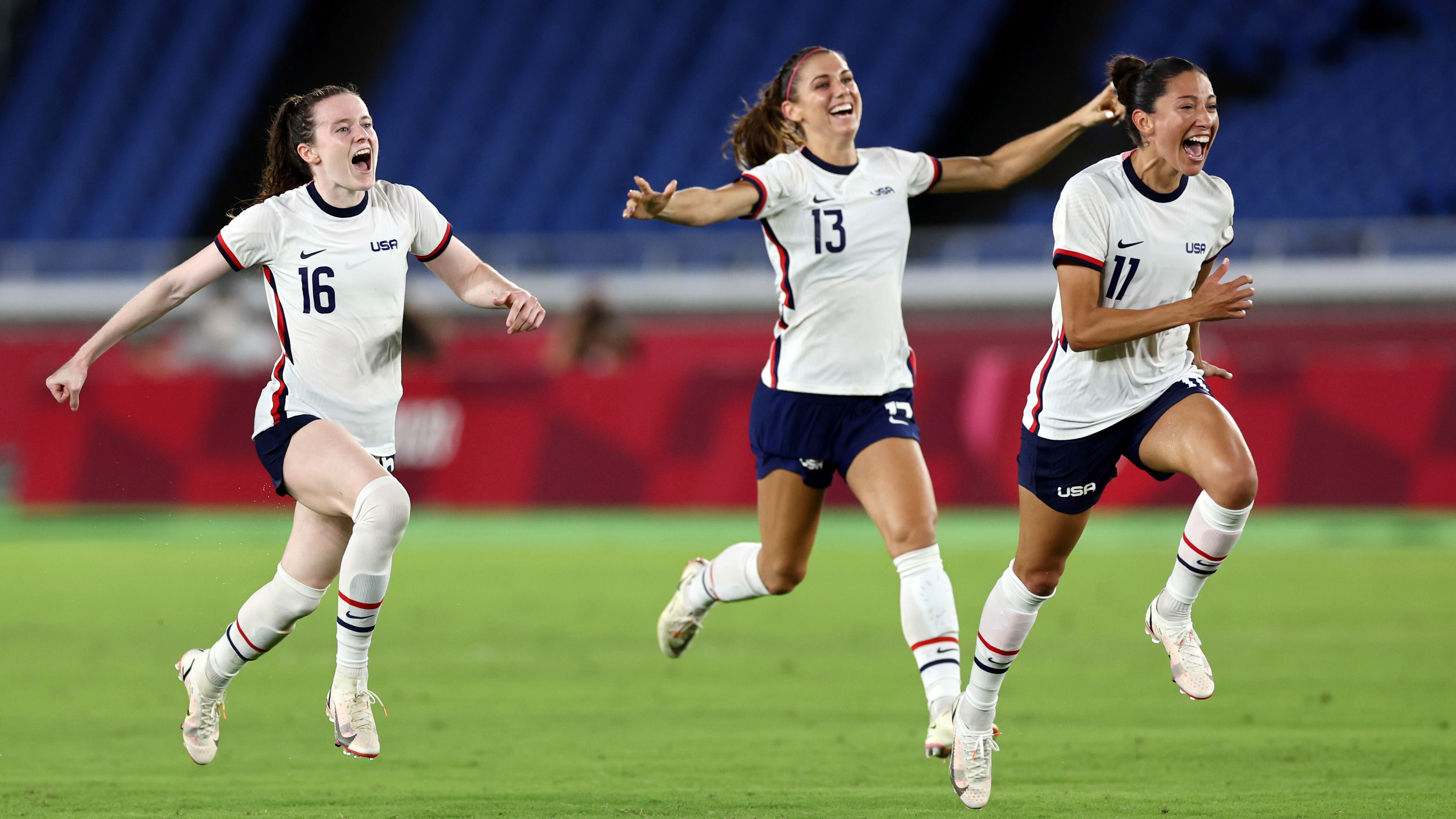 Expected Change and Strategy: Labbe should be starting in at goal, while, Lawrence, Gilles, Buchanan, Chapmann could feature in defence, Scott, Fleming and Quin could occupy the midfield region. Sinclair, Beckie and Prince are in contention to lead the offence.

J Ertz can be the anchor in midfield for USA. Ertz has two assists to her name from the four appearances so far.

J Beckie has impressed in the final third region, as she has two goals to her name from the four appearances this season. She can be utilized in the USA-W vs CN-W Dream11 Team.

C Press, A Morgn and M Rapinoe all have a goal under their belts form the four games in the Olympics and can pose a threat here. They can be added to the USA W vs CN W Dream11 Fantasy Football side as well.

C Sinclair and A Leon have also impressed with a goal apiece for Canada in the Tokyo Olympics. They can be included to the Dream11 Prediction Team.

Both sides have experience and quality players up their ranks and it could go down to the wire, However, the USA-W vs CN-W Today Match Prediction odds are with USA Women to get the win here.