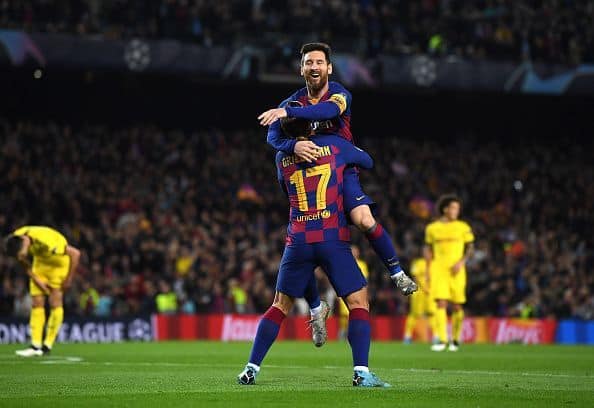 Barcelona and Atletico Madrid will face each other in the 15th matchday of La Liga. Both the superpowers of Spanish football will be eyeing for a victory in the match. Barcelona has struggled with their away form and the manager Ernesto Valverde has come under criticism for the team’s performance. Barcelona is on the 2nd spot on the table with 28 points. However, the attack of Atletico will be crucial to decide who will win today. Atletico is on the 5th spot on the chart with three lesser points than Barcelona. Atletico recruited heavily for the attack in the summer, but the players have failed to click as a single unit. The team has managed a meager 16 goals in 14 games. However, a victory against Barcelona will make them equal in points with Barcelona.

The betting odds of today match predictions favor Barcelona to win the game against Atletico Madrid. However, the game could be very close due to the struggle of Barcelona.

India Fantasy Predictions:
The match between Atletico Madrid and Barcelona could prove to be a trickier one for both the teams. Barcelona is struggling to play away from home, whereas Atletico is struggling for goals. The match would be a tightly contested game. India fantasy believes that the attack of Atletico will decide the game. If they manage to score a first-half goal, they will triumph in the match.