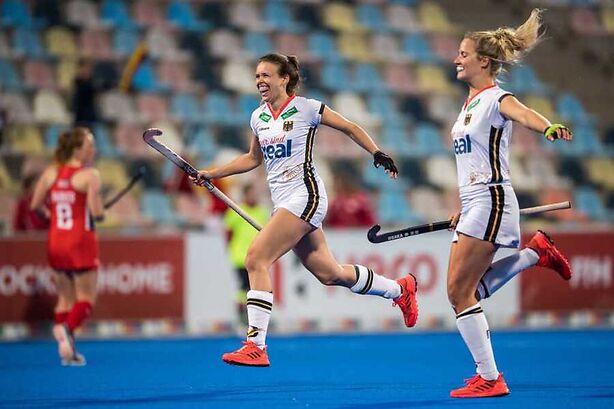 BEL W vs GER W Dream11: Belgium Women will be taking on Germany Women in the upcoming fixture of the FIH Women’s Pro League. The game will be hosted at the Royal Uccle Sport. Both sides have encountered each other 20 times before, and it’s Germany that has ha the major say with 14 wins, while, having scored 48 goals. Meanwhile, Belgium has managed to win just four, having scored 24 goals in the process. Belgium are on the back of a 2-0 defeat to the Netherlands in the first game of the campaign, and will have to pull up their socks in order to prevent another slip up against quality opposition. With that being said, here is the BEL W vs GER W Dream11 Prediction for the game ahead.

From the 20 previous meetings between the two sides, it’s Germany that has the upper hand with 15 wins in contrast to Belgium’s four wins.

The match can be streamed live on FIH.LIVE.

Gerniers Alix can play a pivotal role for Belgium. Alix featured in 151 games and has scored 17 goals in the process so far.

Mertens Pia can pack a punch for the German outfit. Pia has bagged 17 goals from 47 appearances so far.

Gablach Hannah will be one of the central figures for Germany. Hannah has 15 goals from 89 appearances so far.

Louse Versavel has scored 33 goals for Belgium and is expected to start here.

The BEL W vs GER W Today Match Prediction Odds are in favor of Germany to get the win here.