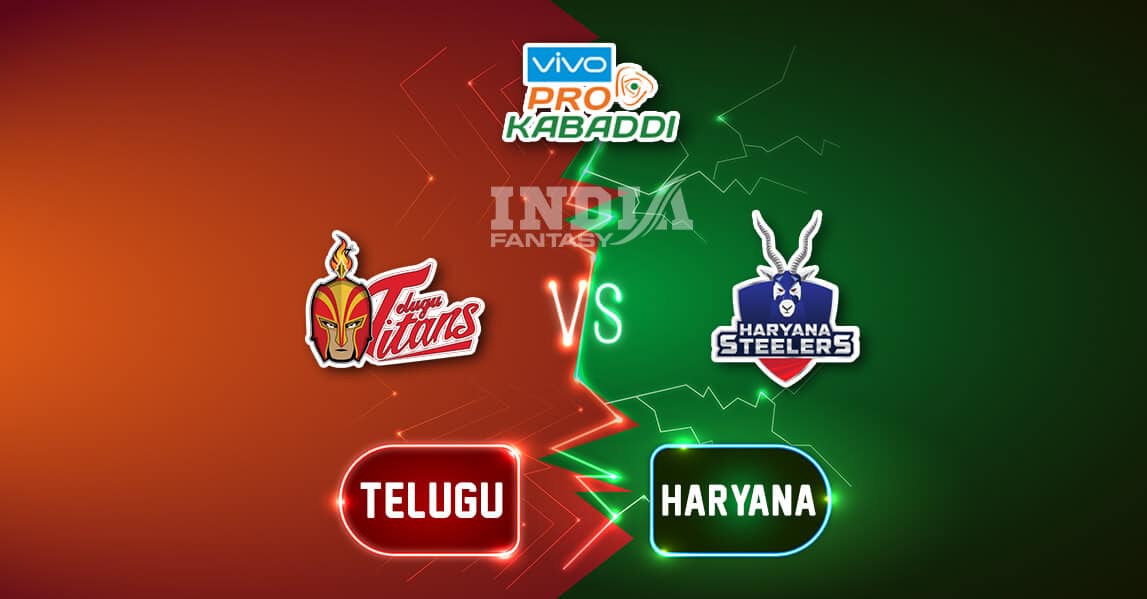 Telugu Titans will be facing the Haryana Steelers in the 47th match of Pro Kabaddi League 2019 which will be played at the Jawaharlal Nehru Indoor Stadium in Ahmedabad.

The Titans finally registered a win against their name when they thumped Gujarat Fortunegiants in their own den at the EKA Arena by Transstadia in Ahmedabad. Following the win, they collided against Bengal Warriors where they had to settle for a 29-29 draw.

Meanwhile, Haryana Steelers are coming into this fixture on the back of a hat-trick of wins. Their confidence is sky-high and will be looking to secure their 4th win on the trot.

Let us delve into the HYD vs HAR Dream11 predicted seven, team news, and squads; Disclaimer: Management can take late decisions depending on the match situation. The fantasy teams which we have provided here of HYD vs HAR Dream11 is best of our interest and depending on the credit scores of the players.

An ardent sports enthusiast who likes to write in such a manner so that the readers could relate themselves and feel the passion of the game.
Previous ArticleBEN vs DEL Dream11 Grand League Prediction | Bengal Warriors vs Dabang Delhi
Next ArticlePUN vs TAM Dream11 Team Prediction Pro Kabaddi League, Preview, News, Lineups