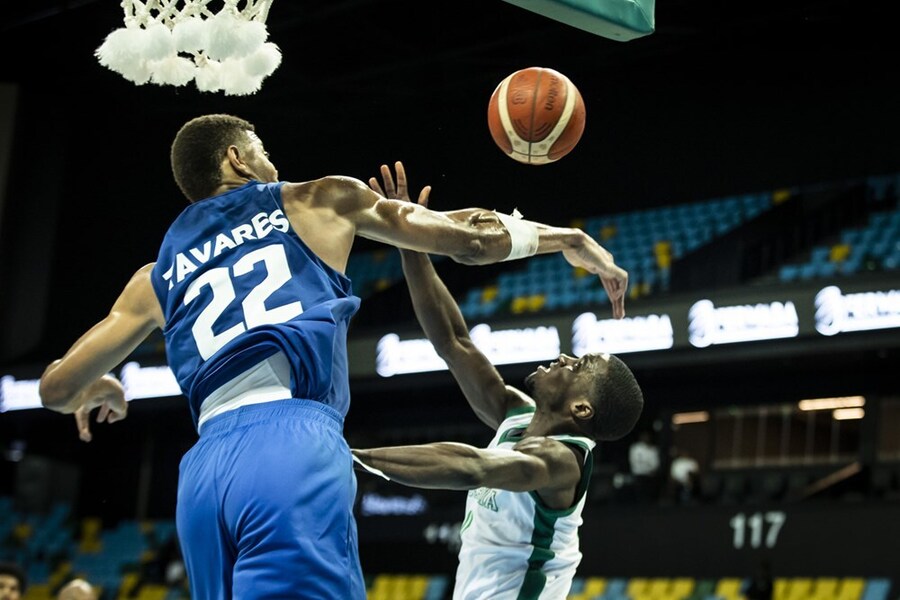 CPV vs ANG Dream11: We are just a year away from the next Men’s FIBA World Cup and there is surely going to be a lot at stake for the athletes representing their countries. The Qualifier window has been long, ranging from last year’s November to next year’s first quarter. And to continue their song and dance for the Qualifiers, Cape Verde and Angola will clash against each other.

Cape Verde did a fantastic job of earning their first win of the second round as they defeated Guinea 65:48 behind a 15 points and 13 rebounds performance by Walter Tavares as their defense shut the shop. On the other hand, Angola also comes into the game after having a party, defeating Uganda 84-62 behind a 16 points performance by Bruno Fernandes. Will Cape Verde’s defense prevail here or will Angola show what they are about?

With Walter Tavares, Cape Verde has their trump card, someone who has had the NBA experience and was a big factor in the Spanish League too. He showed his value straightaway in the first game, being big on boards, scoring inside with a big stride, and being a huge factor on defense. Against Tavares, Angola’s center Jilson Bango will need to step up his physical game.

Angola’s Bruno Fernandes also has NBA experience and currently is the part of the Houston Rockets and he was on big display during Angola’s last game. Angola made nine of their 23 attempts from three in the last game while Cape Verde’s long-range shooting is not the most trustworthy as they folded for just five of 25 against Guinea. Angola’s defense will be tight on three and Cape Verde will have to once again rely on the inside play. Can Angola utilize their superior three-point shooting to get through here? This way they can counter the length of Tavares too.

Walter Tavares(CPV)
Points: 15
Rebounds: 13
Assists: 04
Blocks: 02
Tavares is one of the tallest players in basketball and his size and athleticism both pose a big threat. He made all 7 shots in the last game. I believe he will be in 12-18 points, 10+ rebounds, and 2-4 blocks range. He can be selected as a Star/Pro Player in the Dream 11 Prediction scenario.

Bruno Fernandes(ANG)
Points: 16
Rebounds: 05
Assists: 01
Blocks: 02
Bruno is an electric Center who can both finish inside and also has a strong shooting stroke. I believe he will be in 10-16 points, 4-7 rebounds, and 1-2 blocks range here.

Joel Almeida(CPV)
Points: 15
Rebounds: 05
Assists: 02
Steals: 01
Blocks: 01
The sharpshooting of Joel gives tremendous bench depth to Cape Verde and he can also get up for boards. I believe he will be in 11-14 points and 4-6 rebounds range.

Gerson Goncalves(ANG)
Points: 15
Rebounds: 01
Assists: 07
Steals: 04
Gerson has been in a great groove shooting-wise, making three of his five threes in the last game. I believe he will be in 11-17 points, 3-6 assists, and 1-3 steals range.

Williams Francis Monteiro Tavares(CPV)
Points: 09
Rebounds: 05
Assists: 02
Williams is a great driving guard who has been having some solid games lately. I believe he will be in 11-16 points and 4-6 rebounds range.

Fidel Mendonca(CPV)
Points: 06
Rebounds: 03
Assists: 03
Steals: 01
Blocks: 01
Fidel is the leading ball-handler who can give quality minutes. I believe he will be in 7-11 points range.

Joao Fernandes(ANG)
Points: 04
Rebounds: 06
Assists: 02
Joao is a more than serviceable back-up Center and he can be in 4-8 points and 4-7 rebounds range. The battle between Walter Tavares and Bruno Fernandes will be fun, innit? FIBA Men’s Qualifiers are available for viewing on the Courtside 1891 website, which can be seen by using the link accessible on the official website of FIBA, where you can go to FIBA Men’s Qualifiers and access the link through there. You can know the score through the official website of FIBA.