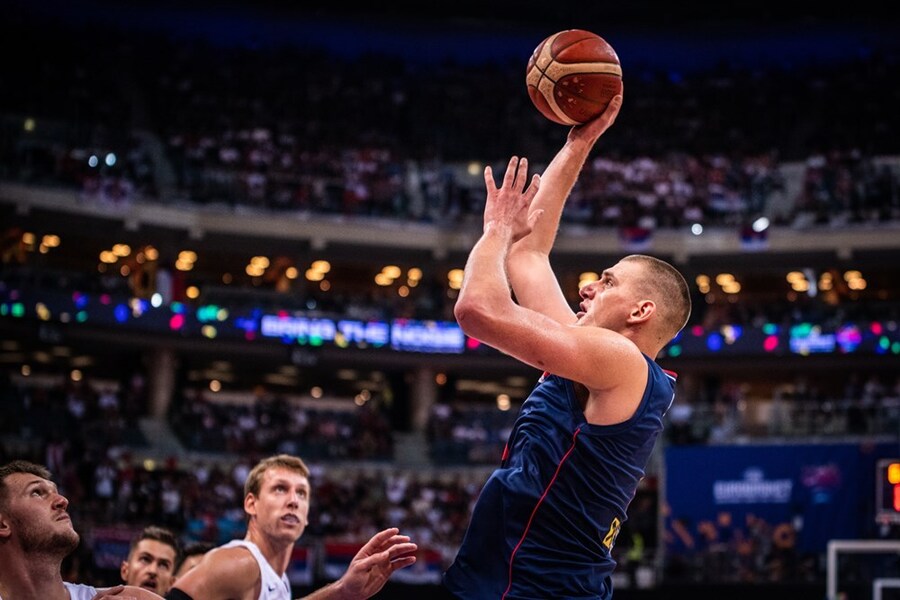 SER vs FIN Dream11: FIBA EuroBasket has featured a large number of close battles and there is a sense that the journey to the Finals can end up featuring multiple more games decided on the buzzer. Europe is full of NBA talent and many teams are featuring multiple top players which have heated up the competition. The competition is sure to heat up when Serbia takes on Finland.

Serbia cruised in their last game as they defeated Czech Republic 81-68 as Nikola Jokic inserted 18 points and 11 rebounds. Serbia has now won two games in a row.

On the other hand, Finland also dominated their opponent in the last game as they defeated Poland 89:59 as Sasu Salin had 18 points and 6 assists. Finland has also won two games in a row.

Will this be another thriller?

Serbia has the charismatic presence of Nikola Jokic who is one of the best Centers in the world, surrounded by a host of talented players who have also stepped up their game. Their defense has been top notch and their offense is run by multiple playmakers, shot-creators and there is no answer for them many times. Can the Serbs continue their awesome basketball season here and put one more W?

Finland features NBA-level Cavs Forward Lauri Markkanen who has given immense production as a scorer, defender, and rebounder. Sasu Salin gives him incredible support as the one running the Point and overall, they have seen a deep production. However, stopping Jokic can stall their progress and Markkanen may need to do more scoring-wise too here. Can they pull up a big effort here?

Nikola Jokic(SER)
Points: 18
Rebounds: 11
Assists: 05
Steals: 02
The above numbers are a regular meal for Nikola who has stamped his authority on the game of basketball for some years now. I believe he will be in 20-26 points, 10+ rebounds, and 5+ assists range. He can be selected as a Star/Pro Player in the Dream 11 Prediction scenario.

Sasu Salin(FIN)
Points: 18
Rebounds: 03
Assists: 06
Steals: 01
Sasu made six triples in the last game and kept dishing much-needed dimes. I believe he will be in 10-16 points and 4-7 assists range.

Nikola Kalinic(SER)
Points: 10
Rebounds: 02
Assists: 02
Steals: 01
Nikola is a stabilizer as a scorer and has had a big impact. I believe he will be in 9-14 points range.

Vanja Markinovic(SER)
Points: 11
Rebounds: 01
Assists: 00
Guard Vanja is a top-notch three-point shooter and has contributed as a scorer in big ways. I expect him to be in 12-18 points range.

Alexander Madsen(FIN)
Points: 08
Rebounds: 02
Assists: 01
Steals: 01
Madsen has made five triples in two games and he is getting a bunch of minutes. I expect a 7-11 points range here.