The best spin-offs from the legendary series Over the past 15 years, many shows have been considered cult shows. After they are over, the creators probably want to continue making money from the show’s popularity. But what do you do when the main series is over? In such situations, the authors resort to spin-offs – offshoots from the main project, in which they reveal secondary characters or devote more time to some events.

In this material, we will talk about the best such projects. If you like to Play different games, then the article on the link will be interesting.

Many people have probably at least once heard about the TV series “Breaking Bad”. It is a dramatic crime show about the complex life of the school chemistry teacher Walter White. He decides to get into methamphetamine making with former student Jesse Pinkman. Along the way, they meet attorney Saul Goodman, who played a significant role in their lives.

After the show ended, the creators decided to expand on Goodman’s life in a different series, which ended up getting as many as six seasons. “Better Call Saul” was received as enthusiastically as the main series. In a preliminary Metacritic rating, the spin-off ranked number one! Bob Odenkirk brilliantly played the role of Goodman.

House of the Dragon

The story is about the struggle of various kingdoms for the Iron Throne, a key symbol of power. This year, a spin-off was released focusing on the internal warfare of the Targaryens, one of the most influential families in the “Game of Thrones” universe. The show got great reviews, and the new actors, Millie Allcock, Emma D’Arcy and Matt Smith, were especially praised. The series, by the way, has been renewed for a second season. But expect it to be before 2024.

In 2020, the popular series “Supernatural” ended. The show ran for 15 seasons and told how brothers Dean and Sam Winchester fought evil and protected humanity from threats. After the success of the leading project, a spin-off called “The Winchesters” appeared. The series focused on the youth of John and Mary Winchester, the parents of Dean and Sam. The new show shows their opposition to evil.

The authors also paid much attention to a deeper disclosure of the characters. The creators prepared a surprise for the viewers and put some characters from the main series into the plot. The second season of “The Winchesters” is not announced yet.

“The Witcher” is a popular fantasy franchise created by Andrzej Sapkowski. There are three full-fledged games based on it and one series from Netflix, in which Henry Cavill plays the role of the witch Heralt. The authors understand that the franchise can be developed in different directions, so they created a spin-off, “The Witcher: Blood Origin”, which tells about the emergence of the first witch and the event known as the Pairing of the Spheres. This cataclysm spawned a series of events that created magic, monsters and, in fact, the witches themselves in the world. It is known that Eredin, one of Geralt’s key adversaries, was added to the show. Interestingly, it’s many years before the birth of the witch himself, and the villain already existed back then.

Even before the end of the main series “The Walking Dead”, AMC television channel decided to expand the franchise’s universe and created the show “Fear the Walking Dead”. Its action unfolds parallel to the events of the main show, but the writers showed what was happening in Los Angeles during the zombie apocalypse. The central characters are the family members of a single mother, a teacher, and a vocational counsellor. They all join forces to confront the walking dead and survive. Also playing a vital role in the show is an important “Walking Dead” character, Morgan Jones, played by Lennie James.

In 2007, the popular series “The Big Bang Theory” began to be released. Fans loved the show for its interesting pitch and spelt-out characters. The audience favourite was Sheldon Cooper, played by Jim Parsons. The feeling was so beloved by viewers that they decided to make a separate series about him, which eventually became a spin-off of the main show.

“Young Sheldon,” tells the story of the wunderkind’s early years. The show reflected the problems the character faced as a child and how his love of learning science and physics was born.

The Vampire Diaries series with Nina Dobrev, Ian Somerhalder and Paul Wesley in the lead roles also got its full-fledged spin-off. The show’s plot focuses on how two ancient vampires fall in love with the girl Elena, after which chaos ensues, and other vampires enter the story. The Originals series is about different characters. The main characters here are members of an ancient vampire family trying to reclaim New Orleans and survive surrounded by witches, werewolves and other creatures. The show was received as warmly as the main series. “The Originals” had five seasons versus eight seasons of “The Vampire Diaries.”

The oldest series in our selection. “Xena: Warrior Princess” is a spin-off of “Hercules: The Legendary Journeys” and tells the story of Xena. In the past, she was a ruthless killer who spared no one. But at one point, the girl decided to stop leading such a life and embody goodness. So she and her companion Gabrielle embark on a journey searching for new adventures. On their way, Xena and Gabrielle become close friends, ready to help each other at any moment. The show “Xena: warrior princess” received positive reviews from viewers and critics. 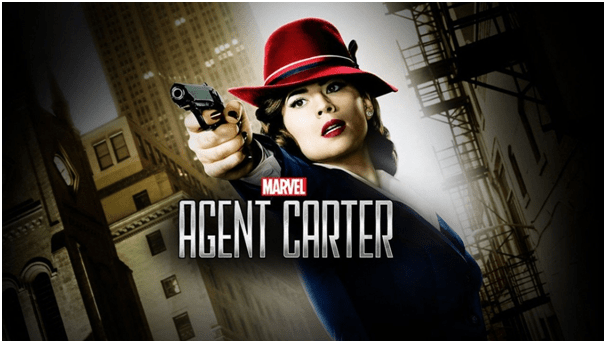 The popular Marvel Cinematic Universe originated in 2008 with the first part of “Iron Man” and continues to evolve. In 2013, the Agents of SHIELD series expanded the already large universe. Then the heads of the company decided to make a spin-off show about Agent Peggy Carter – and so the “Agent Carter” series was born.

Despite the positive reception of the audience and critics, the show was closed after the second season without delighting viewers with a continuation of the story of Peggy Carter. Also appearing in the front was Howard Stark’s butler, Jarvis. He would later become Tony Stark’s artificial intelligence.