Rohit Sharma vs Virat Kohli: Rohit Sharma and Virat Kohli endure numerous comparison from fans and cricket experts. But this is the rivalry, created by media and fans in truth, that transcends the fan base. Cricket experts continue to jump in and comes up with their own discretion on the never-dying topic – who is better between Virat Kohli and Rohit Sharma?

Michael Vaughan keeps trending in India. He hogs more limelight than any other foreign cricketer – present or from the past. He never shies away from making some controversial statement about Indian cricket and cricketers.

During an interview given on Friday, Vaughan said something that became an instant controversy.

The former England captain said he would prefer to play under the captaincy of Rohit Sharma. Vaughan reckons Sharma is a better leader than Virat Kohli.

“I could see myself next to Rohit’: Michael Vaughan.

“Rohit Sharma. Mumbai Indians, the best T20 team in the world without any question. He is a magnificent leader. He is calm and composed. His strategies are very clever and I could see myself next to Rohit”, said Michael Vaughan. 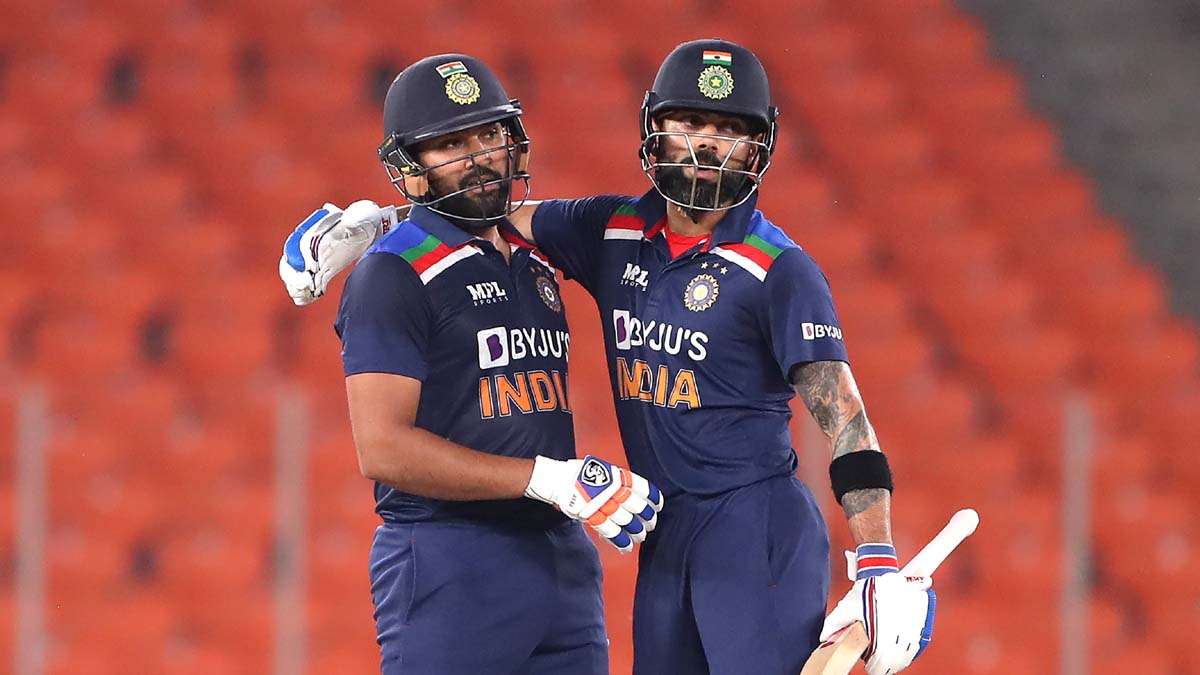 It’s extremely harsh on Virat Kohli. No doubt Rohit has done wonders with MI, but Ambanis have given him a platform to shine, piecing together a world-class group of players. While RCB has lacked quality in one area or another. Virat shouldn’t be judged on his IPL record alone. Team India has touched good heights under his leadership, while his own record as captain speaks volume.

Though Virat Kohli captains Team India and boasts a good home and away record, it’s a different story altogether when it comes to IPL. The fortunes couldn’t have been more extreme as Virat is still chasing his maiden IPL title both as a player and captain of the Royal Challengers Bangalore, while Rohit Sharma has won an unprecedented six IPL titles – one as a player with Deccan Chargers in IPL 2009, and five as captain of Mumbai Indians.

Why ECB Not Allowing Its Players To Play In IPL 2021 Phase 2?

James Allen fan. Want to inculcate the habit of Binge-Reading. Surely into football, kicked it for a while, and now beholding! Improvement is a sustained effort.
Previous ArticleWATCH: Virat Kohli get stunned after pulling off an ‘Accidental Crossbar Challenge’
Next ArticleVirat Kohli describes his relationship with captain cool MS Dhoni in Instagram Live