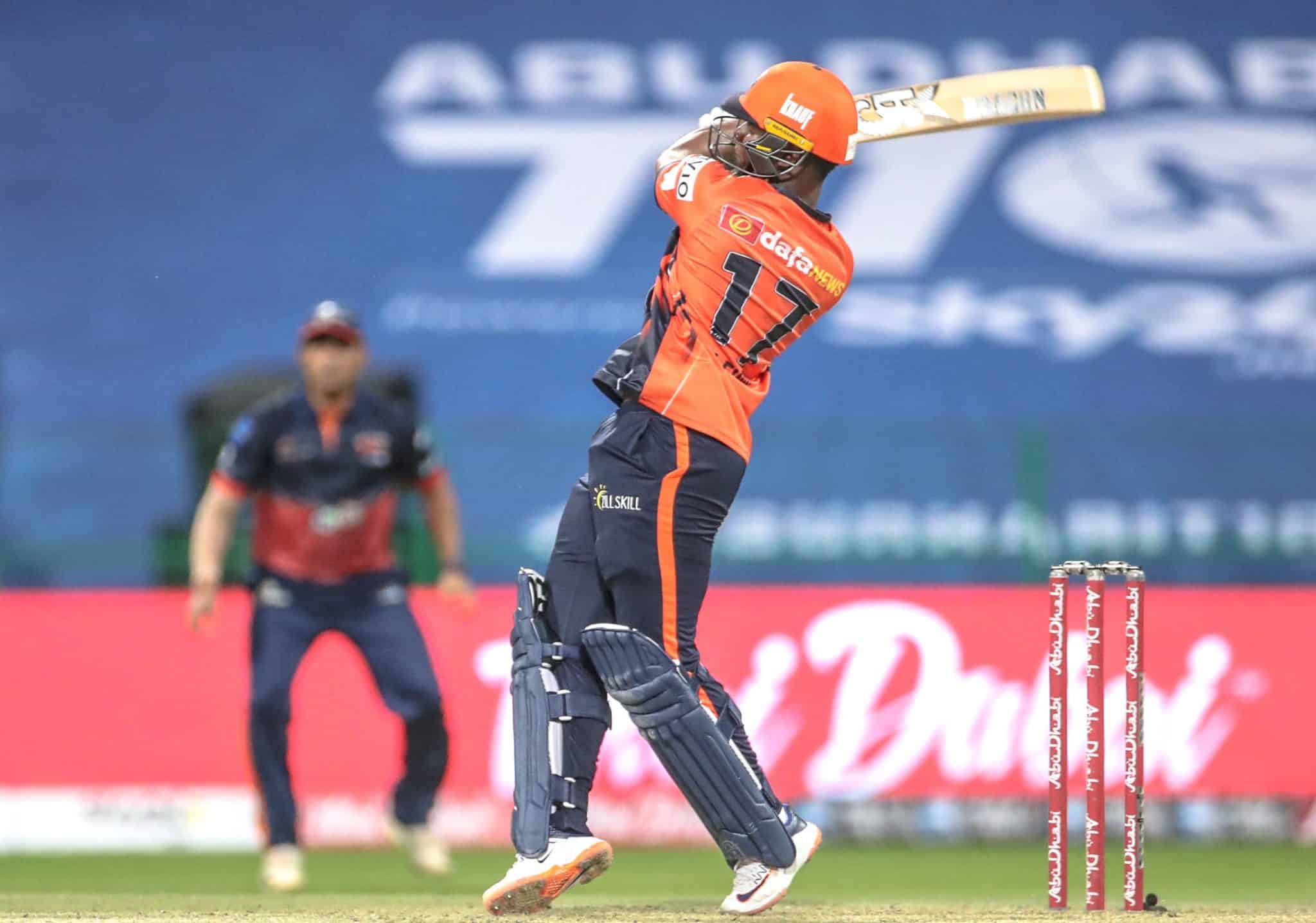 West Indies batsman Evin Lewis unleashed his wrath in the Abu Dhabi T10 as he hammered Muktar Ali for 5 sixes in the over and slammed a fifty off just 9 balls. Lewis’ unbelievable hitting allowed Delhi Bulls to chase the target of 88 runs in just 5 overs against Maratha Arabians.

WATCH: Evin Lewis smashes 5 sixes in an over

Batting second, the Bulls were at 56 runs for 1 wicket after 4 overs. Lewis was batting on 23 off 10 runs and decided to go berserk.

He started by smashing M Ali for a six over long-off on the first ball and then pulled the second one over mid-wicket boundary for another six.  Ali then tried to vary his pace and bowled a slower one which Lewis swept to square leg for a couple of runs.

The left-hand batsman showcased his brute power on the next two balls as he pulled both of them over mid-wicket fence for sixes. Lewis maintained a stable base and used his muscle power to tonk the ball over the ropes. The fact that Ali had no serious pace to trouble the batsman helped Lewis to choose his spot and deposit the ball for six.

By this time Ali had lost his rhythm completely and ended up bowling a wide on his sixth attempt in the over. The bowler finished with a  delivery outside off-stump, which Lewis gleefully thrashed over extra cover for the fifth six of the over and ended the mayhem.

Delhi Bulls won the match by 9 wickets and Lewis walked back after scoring 55 runs from just 16 balls.

Delhii Bulls top the table with 2 wins in 2 games

Courtesy of Lewis’ fireworks, Delhi Bulls won their second consecutive match of the tournament. The Bulls are now at the top of the table in Group A with 2 wins in 2 games and are looking extremely solid.

Smitten by cricket, green mountains, and written words, Chaitanya is engrossed with cricket stats and analysis. But cricket commentary is what he savors the most.
Previous ArticlePAK vs SA: Quinton de Kock and Hasan Ali fight during 1st Test – WATCH
Next ArticleIND vs ENG: Jasprit Bumrah imitates Anil Kumble in nets ahead of Test series – WATCH