ENG vs NZ Live: Why is Jason Roy Not Playing Today? 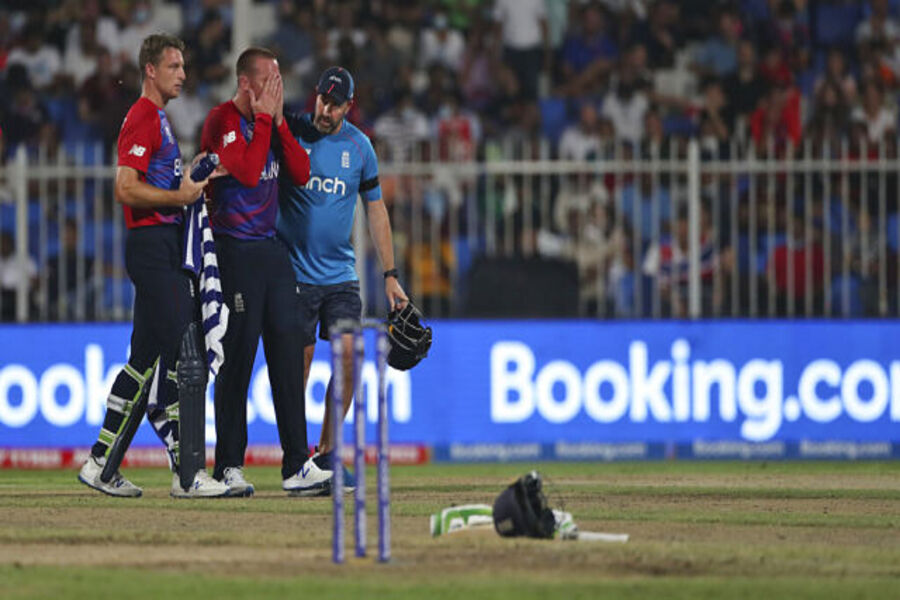 Jason Roy not playing ENG vs NZ: In the recent update, England’s star opener Jason Roy is unavailable for the crucial semi-final encounter against New Zealand in the ongoing ICC Men’s T20 World Cup 2021. The right-handed swashbuckling batter sustained a calf injury during the last group-stage game against South Africa and was subsequently, ruled out for the remainder of the tournament. The England team added Jame Vince into the main squad as a replacement player for the rest of the competition. New Zealand captain Kane Williamson has won the toss and opted to field first.

Why is Jason Roy Not Playing Today?

Incidentally, Jason Roy suffered a calf tear while batting during the second innings of the last league-stage match against South Africa in Sharjah. He was seen leaving the field in very much pain and looked very much dejected both mentally and physically. England captain Eoin Morgan revealed at the toss that Jonny Bairstow will move up the order and open the batting with Jos Buttler in this important semi-final clash against New Zealand. Sam Billings has been included in the England playing 11.

“I’m gutted to be ruled out of the World Cup. It is a bitter pill to swallow. I will be staying on to support the boys and hopefully, we can go all the way and lift that trophy. It has been an unbelievable journey so far and we have to continue expressing ourselves and concentrating on us,” said Jason Roy.

“The rehab has already started and even though I’ve torn my calf, I’m going to give myself the best chance of being ready for the T20 tour of the Caribbean at the start of next year,” he added.

A cricket maniac who lives his life like a T20 match, time is short so make the most of it. Always thriving to learn more about cricket writing and obviously being an Indian, a big cricket expert.
Previous ArticleENG vs NZ T20 World Cup 2021: Possible Playing 11 of England
Next ArticlePAK vs AUS: Mohammad Rizwan, Shoaib Malik to miss T20 World Cup Semi Final? Here’s the update