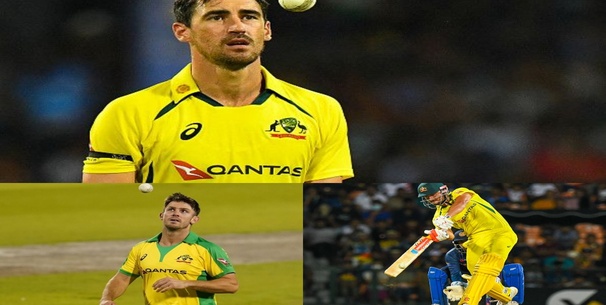 IND vs AUS: In a massive breaking news development, the visiting Australian team has decided to rest three of their star cricketers for the upcoming three-match T20I series in India scheduled to begin later this month. The first T20I encounter between India and Australia is scheduled to take place on 20 September, 2022 at the Punjab Cricket Association IS Bindra Stadium in Mohali. These three T20I matches will be a great preparation for both these teams ahead of the all-important ICC T20 World Cup 2022.

While keeping in mind their ICC T20 World Cup 2022 title defence, Cricket Australia (CA) have taken a big decision to manage the injury workload of their star trio of Mitchell Starc, Mitchell Marsh and Marcus Stoinis as they will be unavailable for the three T20I games against India. Starc has been struggling with a knee issues while Stoinis and Marsh have sustained side and ankle injuries respectively. In their absence, the visitors have included Nathan Ellis, Sean Abbott and Daniel Sams in the T20I squad for the India series. Earlier, Australia also revealed that senior opener David Warner will also skip the upcoming India tour.

JUST IN: The Aussies are taking no chances with the @T20WorldCup just around the corner #INDvAUS https://t.co/w0H0eGqM2t

A cricket maniac who lives his life like a T20 match, time is short so make the most of it. Always thriving to learn more about cricket writing and obviously being an Indian, a big cricket expert.
Previous ArticleList of Highest Score by India Women in T20I
Next ArticleT20 World Cup 2022: Bangladesh squad announced. Check details