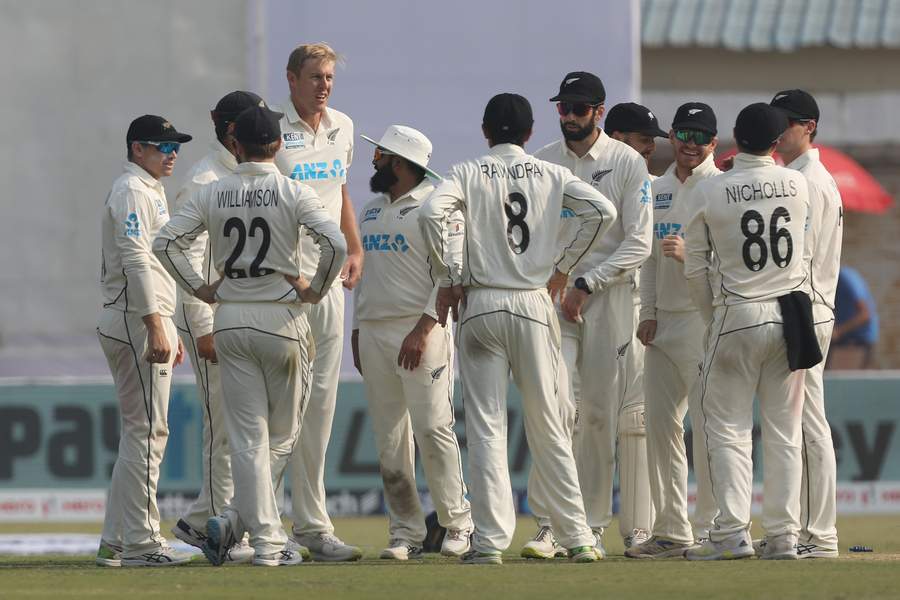 NZ Playing 11: The New Zealand team will all be in readiness to face the Indian team in 2nd Test at the famous Wankhede Stadium. The New Zealand team were quite competitive in the Kanpur Test Match with their resilience. In this test match, they are expected to welcome the experienced player, Neil Wagner and Glenn Phillips to bolster the team’s chances of winning this fixture.

In the first 3 days of the test match, the pacers will get movement with the new ball, and will be a paradise for the batters. Then with the cracks, the spinners are expected to get into action from the 4th day. Looking at the pitch, the New Zealand team would look to find their best 11.

The openers, Latham and Young have done a fabulous job in 1st Test. While the experienced players, Ross Taylor and Kane Williamson need to get back at their best. The likes of Tom Blundell and Henry Nicholls could not perform well, and the latter can be replaced by Glenn Phillips. The left arm fast bowler Neil Wagner can replace Will Somerville and bring the aggression in their approach. While the bowlers, Jamieson and Southee were the key wickets takers for the team. The players like Rachin Ravindra and Ajaz Patel are expected to feature in this game.

Who are Dream11 captain, vice captain picks for India vs New Zealand from NZ?

1. Tom Latham vs India in Tests

2. Kane Williamson vs India in Tests

3. Tim Southee vs India in Tests

4. Kyle Jamieson vs India in Tests

Cricket buff. A happy kid who gets to write about Cricket. Traveler.
Previous ArticleIND vs NZ: Possible India Playing 11 for 2nd Test
Next ArticleHighest Paid IPL Player in 2022