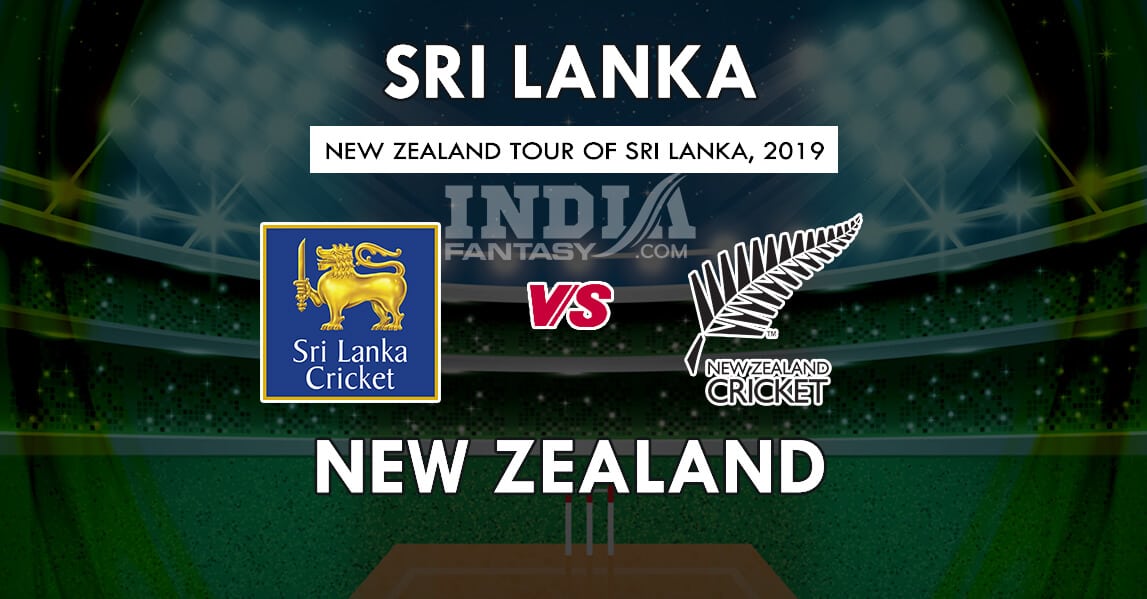 Sri Lanka will look to seal the series and gain the upper hand in the race for ICC Test Championships when they take on New Zealand in the second Test at Colombo.

Sri Lanks: The hosts go into this game in high spirits pulling off a sensational win in the first test.

Dimuth Karunaratne put up a batting masterclass in the fourth Innings alongside partner Lahiru Thirimanne.

They have an experienced middle-order campaigner in Angelo Matthews alongside the likes of Kusal Mendis and Kusal Perera.

The Trio of  Akila Dhananjaya, Dhananjaya de Silva and Lasith Embuldeniya picked up 13 wickets in the previous game and are expected to do the same in this one as well.

Though he has been called up for suspicious bowling action once again, Dhanajaya’s contention in this game should remain unaffected.

New Zealand: The Kiwis will look to bounce back from the defeat in the last game and earn a few browny points for ICC Test Championship.

Skipper Kane Williamson failed to make a mark as well, and he would like to make amends.

Ajaz Patel and Will Somerville thrived under spinner friendly conditions while Mitch Santner’s lack of wickets will be a concern for the team management.

Akila Dhananjay: His action may be suspicious, but his form is not. The mystery spinner picked up six wickets in the previous game which included a first-inning five-for.

Dimuth Karunaratne: The Skipper handled the pressure of a tricky chase very well scoring a fantastic century and guiding his side home.

Kane Williamson: Unlike his counterpart, Williamson gave away his wickets in both innings, something very unlike him. He scored 135 in the last test these two sides played at the P Sara Oval.