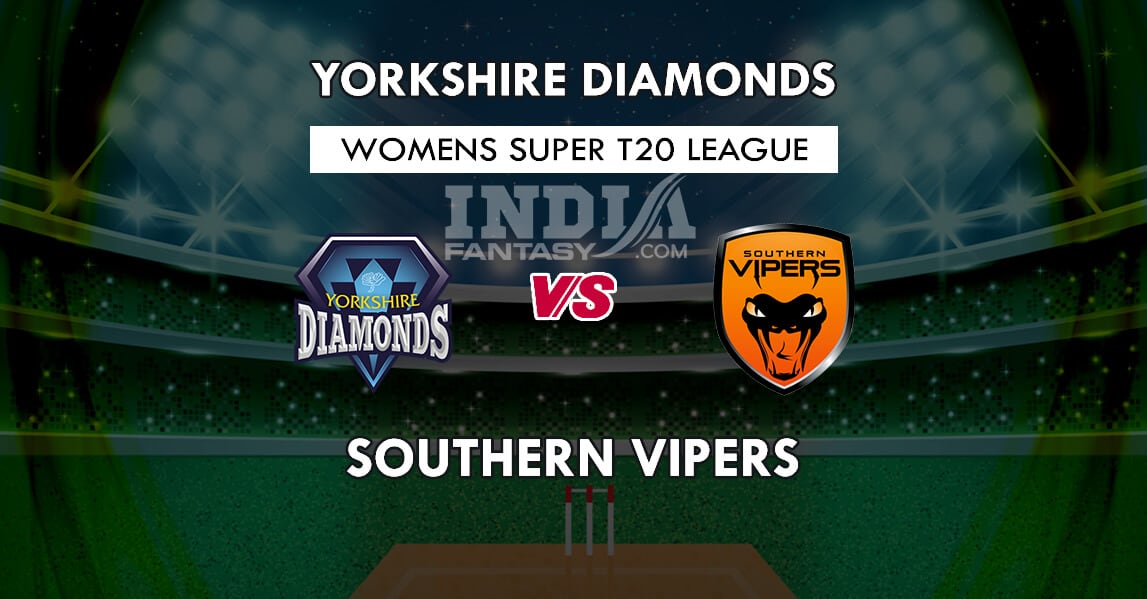 The 22nd match of the Women’s Cricket Super League will have Yorkshire Diamonds take on Southern Vipers in what is going to be a fascinating encounter on Wednesday.

Yorkshire Diamonds are coming off a strong win in the last game, and finally showed up when it was required. Every single player in the team clicked, and this might be the perfect chance for them to salvage any sort of pride.

Meanwhile, Southern Vipers faced a loss, and now are looking to bounce back as well. They do have a solid squad at their disposal, and winning some of the rest of the games will not be a problem for this franchise.

The management has named a 15-woman squad for this tournament, and they have played 6 games so far with no injuries.

Englishwoman Lauren Winfield is the captain of the side.

Alyssa Healy is the opener as well as the wicketkeeper for the side.

There is no significant new so far for the franchise, and the 15-woman squad was named before the start of the tournament.

Wicketkeeper batsman Tammy Beaumont is the skipper and will be looking lead this lineup.

Team 3: Balanced team comprising the strength of both teams

The logic that can be used here is that we will be going for a 6:5 ratio for either side’s favour. We need to take both the wicket keepers and have a solid batting lineup. S Taylor is the only known all-rounder from either side, and she cannot be dropped. In bowling a 2:2 ratio can be easily taken as well.