KKR CEO gives statement: Captain Eoin Morgan and head coach Brendon McCullum could be facing the heat from their IPL Franchise after their old tweets resurfaced on the internet. Both individuals long with Jos Buttler too were involved in posts that mocked the Indian accent. The series of tweets were posted a few years ago. 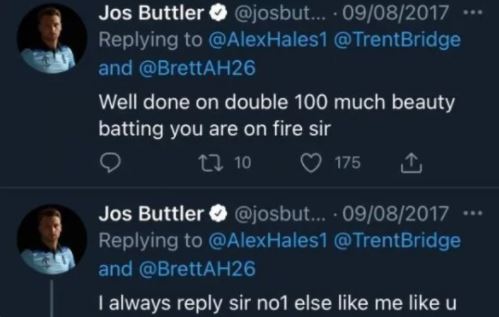 The Kolkata Knight Riders (KKR) CEO Venky Mysore has recently stated that his franchise has a ‘zero tolerance’ policy towards any sort of discrimination.

“There is zero tolerance to any discrimination in KKR. We don’t know enough about the tweets to comment at this time, let’s wait till the process to be completed before jumping to any conclusion now”, Venky Mysore was quoted saying.

The England and Wales Cricket Board have also been brought in to the matter, and are committed on taking the appropriate action.

”Since we were alerted to offensive tweets last week, a number of historical social media posts by other individuals have been questioned publicly as well,” the ECB spokesperson said.

“There is no place for discrimination in our sport, and we are committed to taking relevant and appropriate action where required. Given the concerns which have been raised are clearly now broader than a single case, the ECB will discuss how we deal with issues over historical social media material in a timely and appropriate manner.”

”Each case will be considered on an individual basis, looking at all the facts. We will assess cases with the ECB before making further statements,” he further added.

The last time Eoin Morgan, Jos Buttler and Brenden McCullum were seen on screen was during the first half of IPL 2021. With the second half of the IPL set to start from September 18 and with the finals on October 15, it will be hard to say if Morgan, Buttler and McCullum will be involved in the star studded league.

Eoin Morgan’s KKR unit have been going through a poor season, as they find themselves in at the 7th spot with four points to their names. With seven more games to go, the two time champions will have to spring a remarkable comeback in order to make it to the play offs.

Talking about the remaining franchises, Delhi Capitals, Chennai Super Kings, Royal Challengers Bangalore and Mumbai Indians are in at 1st,2nd, 3rd and 4th respectively. Rajasthan Royals, Punjab Kings, and Sunrisers Hyderabad along with Kolkata Knight Riders are at the bottom half.

Talking, articulating, presenting about a sport or a team you love is quite unparalleled, Hence, you can always find me here. P.S. An avid Manchester United fan.
Previous ArticleIPL 2021: Pat Cummins “had no idea” who SRK was and recalls first encounter with the KKR owner
Next ArticleWhen is next IPL auction? How many players can teams retain in mega IPL auction?