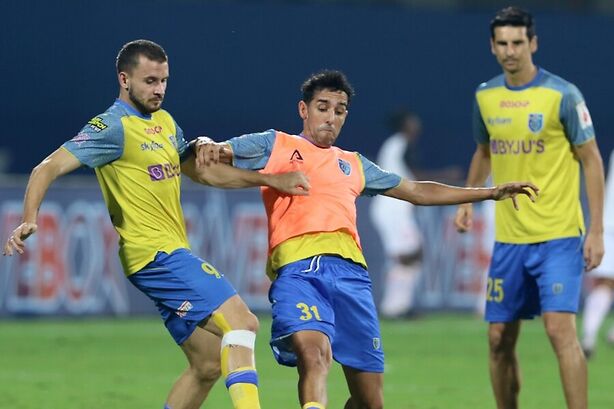 KBFC vs FCG Dream11: Kerala Blasters will be back in action as they take on FC Goa at the Tilak Maidan. Talking about the standings, Kerala Blasters is 5th with 13 points on board having won three, drawn four and lost one game in the season so far. The Blasters are seven games unbeaten in the league and will be keen on taking the momentum forward. Meanwhile, FC Goa is 9th in the league with eight points to their names. The Gaurs have won two, drawn two, and lost four games in the ongoing campaign. They’ve been more towards the inconsistent side of things and we can anticipate the upcoming fixture to be a cagey affair. That being said, here is the KBFC vs FCG Dream11 Prediction for it.

From the 14 previous meetings between the two sides, it’s FC Goa that has the upper hand with nine wins in comparison to Kerala Blasters’ three wins. Two games have ended on level terms as well.

Edu Bedia and Brandon Fernandes are ruled out due to injuries.

Sahal Abdul Samad has bagged four goals and also has an assist from the eight appearances in the league this season for Kerala Blasters.

Jorge Ortiz has registered two goals and three assists from the six appearances in the league this season for FC Goa.

Adrian Luna has done well with a goal and three assists from the eight appearances in the season so far for Kerala Blasters.