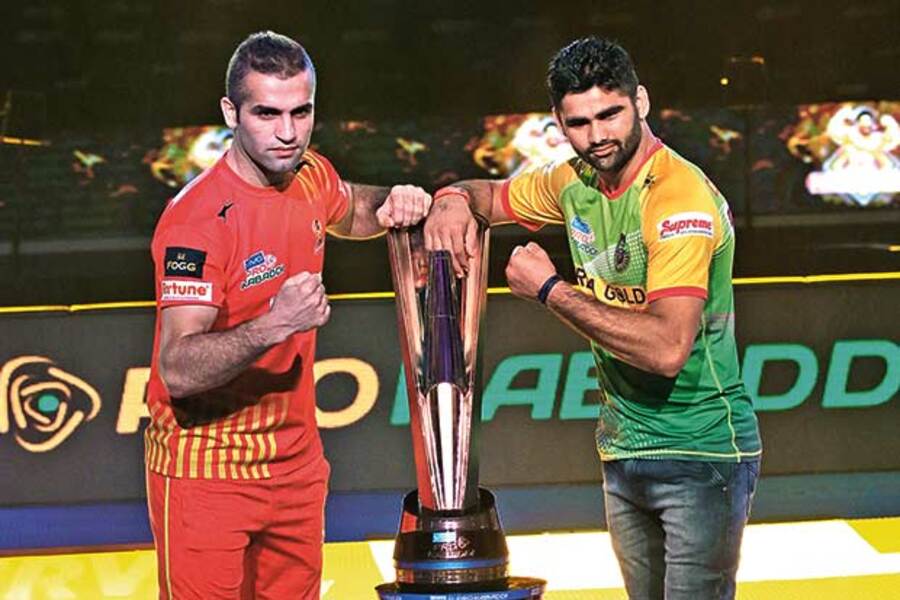 MUM vs UP Dream11 Prediction: The U Mumba and UP Yodha will feature in the Match 25 of the Pro Kabaddi League 2021/22. The U Mumba team have been impressive with 2 victories in 4 league matches. They secured victory by a margin of 9 points in the last fixture. While the UP Yodha team are positioned 9th in the points table with 1 victory in 4 fixtures. They drew their last league with a score line of 32-32.

U Mumba vs UP Yodha Pro Kabaddi League Match 25

U Mumba vs UP Yodha

WATCH MUM vs UP Live Score

Watch U Mumba vs UP Yodha live on Disney+ Hotstar

MUM vs UP Dream11 Prediction for Today Match

The U Mumba team secured a confidence boosting victory in the last league game against Jaipur Pink Panthers. The final score line was 37-28, depicting the strong performance from the U Mumba team. They had 35% and 45% success rate in raids and tackles respectively. The best performers for the team were Abhishek Singh and V Ajith, who were impressive to raid well. The captain Fazel Atrachali will look to get back to his natural self to continue the team’s momentum.

One of the finest raiders in the Pro Kabaddi League 2021 will look to be proficient yet again to help the team in winning the match. In 4 matches, he has 30 successful raids, including 1 Super Raids and 2 Super 10s. With 36 points, he can surely be the captain pick for your fantasy team.

The youngster has gone from strengths to strengths in the last 2 seasons. In 4 matches, he has 30 successful raids, which included 3 Super Raids and has 2 Super 10s. His speciality has been Touch points, which depicts his agility and skills.

The UP Yodha team have only 1 win in 4 fixtures, and need to improve their performances. They will be gutted to tie their last league match with a score line of 32-23 against Gujarat Giants. They had 37.5% and 30.43% success rate in raids and tackles respectively. The team’s best performer was Pardeep Narwal, who bagged 11 points, while Surender Gill was a good support as well with 6 points. It will be an uphill task for some of the youngsters, but the team needs a good level of defending to win this match.

The experienced campaigner has not been at his best, but will be a must in your fantasy team due to his track record and abilities. In this season, he has bagged 34 points from 28 Successful raids, with 2 Super 10s.

The raider has been impressive with his ability to earn points in crucial situations. In 4 matches, he has 22 raid points and 2 tackle points, and can be the differential pick for your fantasy team.

The U Mumba team has been quite impressive with their raiding as well as defending skills, and their key players have been impressive to secure a win for the team. While the UP Yodha is gradually coming into form and would look to replicate the performance of the last league match. In the last season, the both teams won 1 match each.

MUM vs UP Dream11 Team Prediction