BKN vs NOP Dream11: Hello readers! With the NBA shifting its gears daily, we can see various teams either gaining rhythm or losing steam. This is the midseason window where some teams can display a lot of exhaustion while others pick up their game. And do remember this is also the window where we usually intense players movement due to trades as the trade deadline draws near. Anyway, the two teams who will meet here in New Orleans Pelicans and Brooklyn Nets hail from different conferences, and while one of them in the Nets has a championship aspiration, the Pelicans will be more than glad even get close to a 50% win record when the season is done.

The Nets have not played best basketball recently and the fatigue is clear on the faces of their heavy-duty players. Brooklyn’s defense has taken a holiday especially since Aldridge hasn’t been active and it is clear how much one player affects the overall make-up of the team despite not being a superstar. Brooklyn has a lot to deploy on the offensive end but their defense has fallen off the radar recently.

On the other hand, the Pelicans are not an elite defensive squad themselves either but have played much better offense compared to earlier in the season. They are playing without their superstar Zion Williamson and that has surely affected the team balance. New Orleans doesn’t boast of superstar power like the Nets but yes, they have played much better basketball since December.

Nets: Are they tired?
Nets keep giving 60 points or more in a half, that is a recipe for disaster in this league for sure. Brooklyn’s defensive issues have surfaced from playing different sets of lineups and this is a classic case of not developing a regular rotation. In all honesty, Brooklyn doesn’t have much depth and the team is highly reliant upon Durant and Harden’s duo this season. Earlier, the Nets had a regular rotation of Mills-Harden-Brown-Durant-Aldridge-Bembry-Johnson which worked wonders on both ends and I don’t know if the current strategy of shuffling rookies is effective(Yeah, they are talented, hustle hard but they have not provided stability). Nets must be wary of teams like the Bulls, Heat, and even the 76ers, with the former two developing more depth and players who can play at a high level. What answer does coach Steve Nash? Is it an alarming situation? No, as of now but what if this becomes a habit!

Pelicans: A lot of fight
While it is true that New Orleans may not look like a playoff team but hey, their players have grown through adversity. The development of rookie Herbert Jones is really heart-warming as he keeps improving his scoring range, growing more confident in his game at the NBA level. Josh Hart is an exciting player who gives a lot of hustle and an all-around game. On the other hand, with Brandon Ingram and Jonas Valanciunas in the frontline, the team has a lot of ways to pour the ball in the net and get some quality scoring. Meanwhile, Devote Graham can light it up from the perimeter, and even if he shoots poorly at times, he can keep the perimeter defense busy with his perpetual threat. The bench is not that high-yielding but I am sure if Jaxson Hayes is given a chance to play 15-22 minutes a game, he can be a decent offensive option. Nickeil Alexander-Walker hasn’t scored much but I think he will come around eventually. After a 10% win start till mid-November, the Pelicans have won more than half of the games and can’t be taken lightly now.

James Harden(BKN)
Points: 26
Rebounds: 07
Assists: 09
Blocks: 03
Steals: 03
Harden continues to be one of the best playmakers and scorers in the league, although, yes, his shooting percentages have been significantly down across the boards. Still, the highly talented guard can score 20+ points, grab 5-10 rebounds, and dish 8-13 assists a game regularly.
Expected Fantasy Points Range: 49-64

Brandon Ingram(NOP)
Points: 24
Rebounds: 05
Assists: 06
Steals: 01
Brandon continues to be an effective option at the wing and his all-around arsenal makes him one of the most difficult players to guard in the league. The high-yielding Forward has nabbed 23-26 points, grabbed 4-7 rebounds, and dished 4-8 assists per game regularly this season.
Expected Fantasy Points Range: 38-50


Kevin Durant(BKN) leads the league in points per game and is basically an all-around player at the Forward position. The high-scoring forward has dipped in 28+ points, grabs 5-10 rebounds, and dishes 4-8 assists a game regularly this season
Expected Fantasy Points Range: 50-62 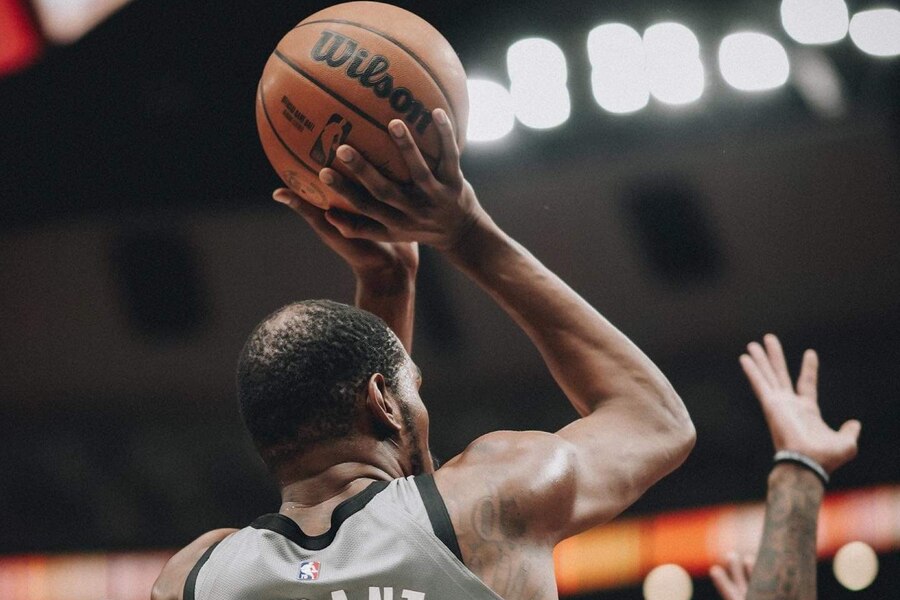 Jonas Valanciunas(NOP)
Points: 18
Rebounds: 16
Assists: 00
Valanciunas has been of the best scorers and rebounders at the Center position once again this season, giving much-needed production in the middle. The big has lodged 13-18 points, 10-17 rebounds in most games this season with some 20+ points nights every now and then. Jonas is one of the candidates for the Star-Player in the Dream11 NBA scene.
Expected Fantasy Points Range: 34-45

Cam Thomas(BKN)
Points: 21
Rebounds: 03
Assists: 00
Steals: 01
Rookie Cam Thomas has done an exceptional job on the scoring front for the Nets. He has scored 21 in two of the last three games.
Expected Fantasy Points Range: 15-30

Josh Hart(NOP)
Points: 12
Rebounds: 05
Assists: 03
Steals: 01
Josh Hart is a guard with Forward-like skills who plays with a lot of energy and is perhaps one of the best all-around off-guards in the league, constantly expanding his scoring. He has mostly figured in the 12-15 points, 5-11 rebounds and 4-8 assists range this season.
Expected Fantasy Points Range: 29-42 This game is not available on streaming platforms such as Voot or JIO TV and even the TV channels like MTV and VH1 are not going to broadcast it. Well, what it the way to catch the scintillating action? Well, switch on to the NBA League Pass and get the annual subscription which bypasses the wait for specific games and gives you access to the live streams of all games. Also, get the full game replay, if you miss the live stream. For the scores, go to the official website of the NBA.