DAL vs ORL Dream11: NBA is at the mid-season point now and many teams have revealed their nature and what to expect from them. Surely, some teams will fall off the radar by the time the season is done, yet some other teams will pick themselves up. However, the overall picture for some teams is not expected to change that much and one of that teams could be the Orlando Magic, from the Eastern Conference, which will face the Dallas Mavericks, from the Western Conference.

The Mavericks broke Grizzlies’ eleven-game winning streak and have won seven out of the last eight games. Dallas has been one of the best defensive teams since the last week of December and has formed a defensive identity. Dallas’ season has been an inspiring one and despite some obvious lack of depth, the team keeps the opponents honest.

The Magic is a young team and this is a type of team which is rebuilding and was expected by critics and fans alike to fare like this. Orlando has been having a difficult season but the foundation for a concrete future may have been laid. However, I think the youngsters will need to learn how to close out games nonetheless.

Mavericks: Brilliant run since late December
Dallas has been a superb defensive team and it is that side of the floor that has given them a boost this season. Mavericks have set a high standard on defensive possessions and their physical style of playing is now fetching the intended results. The biggest transformation came when Luka Doncic went out for weeks. And this is when the Mavericks’ other players worked harder and even against elite teams, the Mavericks fought hard and despite losing five out of ten, they kept the games to 1-7 points difference during losses. The result of that can be seen now. With Doncic back, the Mavericks now have a closer, a 20+ points scorer, and along with Brunson, he is one of the two playmakers. Full credit to Dorian Finney-Smith, Dwight Powell, Maxi Kleber, and Reggie Bullock, who may not have the All-star selections ever in their career but play a rugged All-star defense night in and night out. Wish there was an All-Defensive All-Star team! Some Mavericks can surely stake a claim on it.

Magic: Have fought well actually
Orlando had lost ten in a row before their last game win versus the Hornets. However, most of their losses were close and this win was a long-time coming. The youth of this team is certainly exciting as the young core of Anthony, Suggs, Wagner, Carter Jr., and Bamba has multiple scorers, high-quality rebounds, and two-three all-around players, which is a blessing in the modern type of NBA. Wagner as a rookie has especially made a lot of impressions and he has improved in multiple areas. With veterans like Gary Harris and Terrance Ross, the off-guard position actually has a ton of scorers who can score in a myriad of ways. Overall, despite, their abysmal record, the Magic fans can take relief in their youngsters who have shown a ton of promise this season.

Devin Booker(ORL)
Points: 48
Rebounds: 05
Assists: 06
Steals: 03
Booker can heat up and drop big-time points and he is one of the best scorers but since the Suns have become more balanced scoring-wise, he has taken fewer shots. However, the above stat line indicates what he can do when he catches fire. Devin usually scores in 20-26 points range while grabbing 4-6 rebounds and dishes 4-6 assists a game.
Expected Fantasy Points Range: 39-53


Luka Doncic(DAL)
Points: 27
Rebounds: 12
Assists: 10
Doncic is one of the best all-around players in the league who makes Mavericks a winning squad. He has scored in the 20-27 points range, grabs 7-13 rebounds, and dishes 8-11 assists per game regularly. Doncic can be selected as a Star/Pro Player in the Dream 11 NBA Fantasy scenario.
Expected Fantasy Points Range: 47-59

Chris Paul(ORL)
Points: 15
Rebounds: 02
Assists: 12
Blocks: 02
Steals: 02
CP-3 is one of the best playmakers to ever play the game of basketball and can also be a great late-game scorer. The Guard has usually dished 8-12 assists and scores 10-15 points a game regularly.
Expected Fantasy Points Range: 39-49

Jalen Brunson(DAL)
Points: 15
Rebounds: 05
Assists: 09
Steals: 05
Brunson is a wonderful playmaker and scorer for the Dallas team. He usually figures in the 13-18 points and the 6-9 assists range for the team.
Expected Fantasy Points Range: 28-42


Jae Crowder(ORL)
Points: 08
Rebounds: 05
Assists: 01
Steals: 01
Jae can be an effective two-way wing on most nights and his tendency to nail long-range jumpers help the Suns quite a bit on the offensive end. The Forward has usually scored in the 8-11 points range while grabbing 4-6 rebounds and clinching 1-3 steals a game.
Expected Fantasy Points Range: 18-29 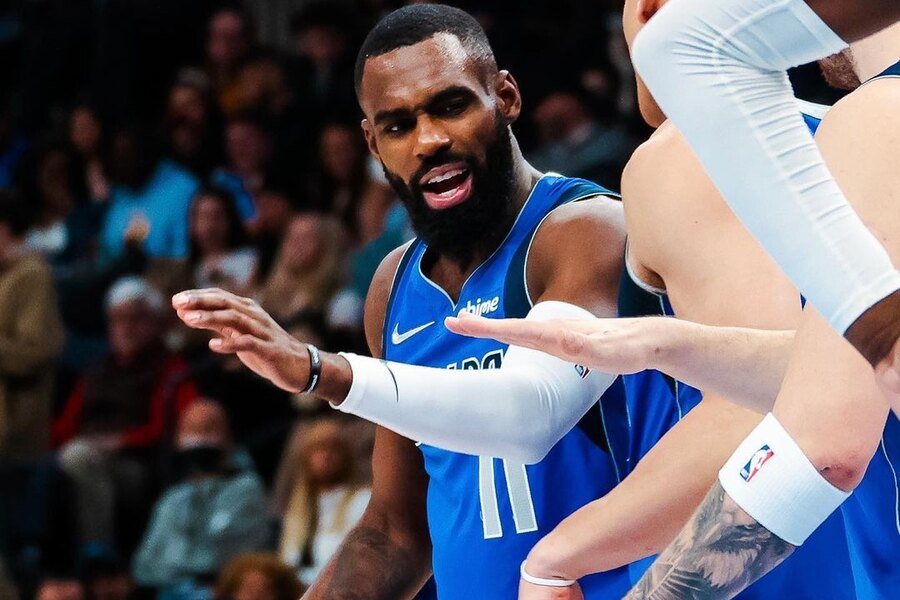 This game will not be available on TV channels like MTV and VH1. Meanwhile, streaming platforms like JIO TV and Voot are also not going to present it. Therefore, one viable option to access is through the NBA League Pass. If you get its annual subscription, you can access all live games and also the full game replay. To know the score, hop to the official website of the NBA.