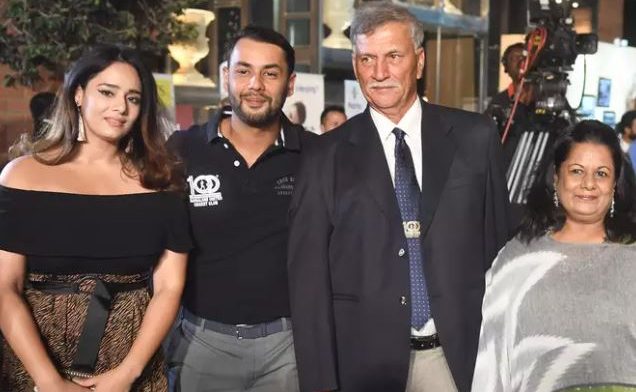 Roger Binny is a former Indian cricketer who was a member of the 1983 World Cup-winning squad. The bowler turned all-rounder made a name for himself after his remarkable performance in the 1983 World Cup. He finished the tournament as the highest wicket-taker with 18 wickets added to his tally. Roger Binny was a fine man in the field as well. His contributions were usually overshadowed by the big names in the squad. But, Binny saved the day for the team on multiple occasions.

After trying his hands at various sports like football and hockey, Roger Binny decided to move ahead with cricket. He made his professional debut at the age of 20 and took the domestic world by storm. In the very first season of the Ranji Trophy, he scored a total of 563 runs. Roger Binny entered the international scene in 1979 against Pakistan. In the team, Roger served as the finisher.

Roger Binny was selected for the 1983 World Cup, led by Kapil Dev. He started out as an underdog behind some big names such as Kapil Dev and Sunil Gavaskar. However, a change of fate made him the highest wicket-taker in the tournament. His all-around performance helped India clinch their maiden World Cup title.

Post-retirement, Roger Binny began his stint as a coach. He was India’s official coach of the U-19 Indian team led by Mohammad Kaif that brought the Cup home in the year 2000. Following a successful stint as a coach, he was offered a position at the Karnataka State Cricket Association. Later, he was promoted to President of the KSCA. Meanwhile, he was also a member of the BCCI selection committee in the year 2012. Furthermore, Roger Binny’s son, Stuart Binny is also an all-round former Indian cricketer.

Cynthia Binny is the wife of Roger Binny. They met through a common friend and began dating. Shortly after dating for a couple of years, the duo tied the knot. The couple are blessed with three children, namely Stuart, Lisa, and Laura.

While being on the selection committee, Roger Binny was accused of “Nepotism” for selecting his son, Stuart Binny, into the team without appropriate merit. However, Roger refuted all the rumors and said that he walked out of the room when his son’s name came up for discussion and left the decision in the hand of the other members.