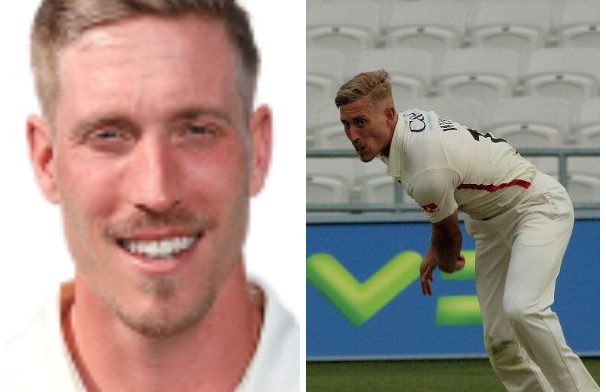 Luke Wood is an English left-arm fast bowler with an ability to swing the ball back into right-handers. Wood progressed through Nottinghamshire’s age-group system and played for the Under-17 team before being selected for the England U-19 team.

Wood rose through the ranks and made his first-class debut against Sussex at Trent Bridge in the 2014 campaign. Wood made significant progress in 2015, sharing a breakthrough year with Brett Hutton and Jake Ball, two other Nottinghamshire quicks. He participated in 11 Championship games, claimed 30 wickets, and qualified for a South African ECB fast-bowling camp.

He left Nottinghamshire at the end of the 2019 season and joined Lancashire in pursuit of a more consistent first-team spot. Other counties expressed interest, but Lancashire was eager to sign a left-armer and the chance to play in all formats made it impossible to resist.

Even by his own standards, it was noteworthy that he managed to score his first Championship hundred in just his eighth innings. His director of cricket, Mick Newell, praised it as the “most astonishing I have ever seen in first-class cricket.” Put in by Sussex on a green Trent Bridge pitch, Notts collapsed to 98 for 7 at which point Wood, fresh from a pair in his previous game, hit a century from 105 balls with 10 fours and 6 sixes. This inning was brimming with youthful optimism as wild flails gave way to resounding connections. He protected No. 11, Harry Gurney, from the strike by scoring his final 28 runs while trailing by nine wickets.

Luke Wood is one of the many exciting young fast-bowling talents from the English Isles. His height and ability to swing the ball at will make him a potent threat on a conducive wicket against any batting lineup. He made his T20I debut against Pakistan in September 2022.

As of now, there is no record of Luke Wood’s wife, girlfriend or partner. He is assumed to be single.