India vs New Zealand: Team India’s star captain Virat Kohli is all set to make a return into international cricket after a short break in the second and final Test match against New Zealand scheduled to begin from 3 December at the Wankhede Stadium in Mumbai. The first Test match of the two-match series between India and New Zealand finished in a thrilling draw as both the sides secured 4 points in this World Test Championship 2021-23 cycle.

With Virat Kohli making a comeback, the Indian team will have to make some important changes in their playing 11 for the second Test match against New Zealand. Former Indian cricketer Wasim Jaffer is very much known for his hilarious sense of humor on Twitter and he once again has come up with a funny post suggesting India’s playing XI for the Mumbai Test. Jaffer posted a funny video from the famous Bollywood movie ‘Hera Pheri’ that took the internet by storm.

This guy must be Ajinkya Rahane. pic.twitter.com/BRoe5fp3Ok

There could be a few surprises in the Indian playing 11 for the second Test against New Zealand with the big one being the exclusion of Ajinkya Rahane as debutant Shreyas Iyer has deservedly earned his place after scoring a hundred and fifty on his Test debut. Indian captain Virat Kohli also confirmed that Wriddhiman Saha is completely fit while Mohammed Siraj could come in for Ishant Sharma. 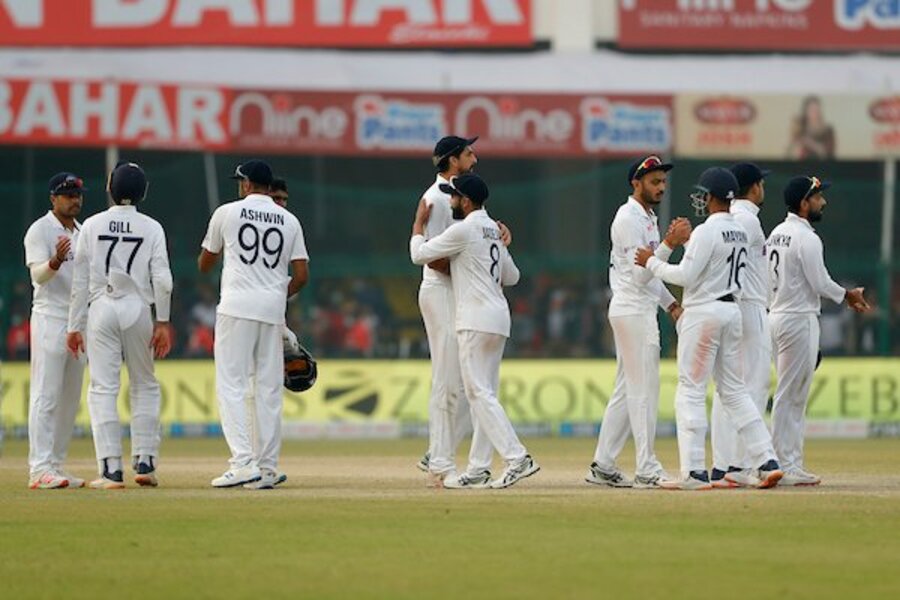 The red soil wicket and the conditions at the Wankhede Stadium in Mumbai will play an important role during the second Test between India and New Zealand. With a good quality of bounce and a bit of clouds hovering over in the sky, the wicket is expected to assist the pace bowlers to a great extent. Due to persistent rains in the last two days, the teams were forced to practice indoors at the Wankhede Stadium.

The visiting New Zealand team is expected to play three specialist fast bowlers in Tim Southee, Kyle Jamieson and Neil Wagner in the playing XI for the second Test against India. While considering the conditions in Mumbai, Kiwis will have to play one of William Somerville or Rachin Ravindra on Friday.

A cricket maniac who lives his life like a T20 match, time is short so make the most of it. Always thriving to learn more about cricket writing and obviously being an Indian, a big cricket expert.
Previous ArticleWho has played most IPL matches as captain?
Next ArticleBAN vs PAK: Possible Bangladesh Playing 11 for 2nd Test