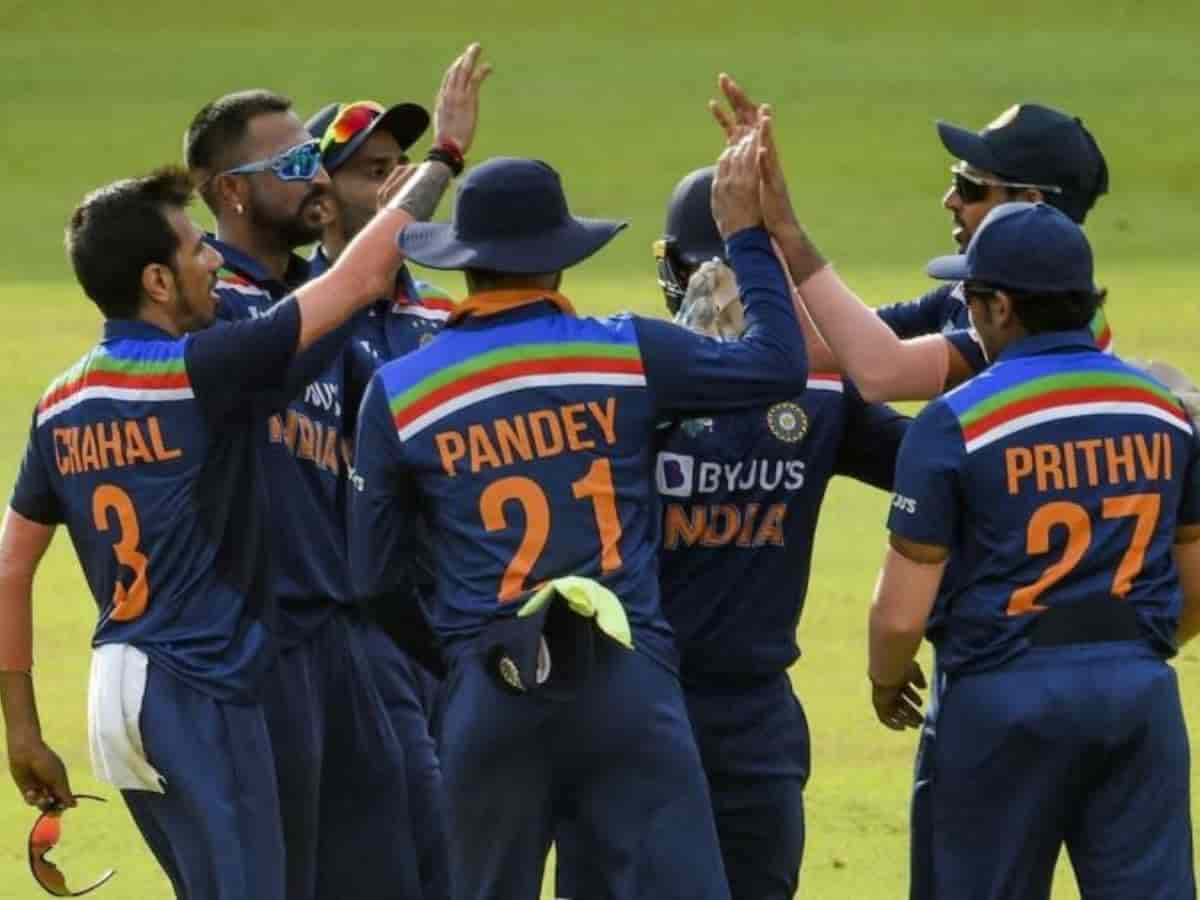 The second T20I between Sri Lanka and India was postponed after premier all-rounder Krunal Pandya was tested positive for COVID-19 on Tuesday morning (27th July).

The second T20I will now be played on Wednesday (28th July) followed by the third on Thursday (29th July) at R. Premadasa International Cricket Stadium, Colombo.

After all-rounder Krunal Pandya tested positive for the coronavirus, BCCI’s medical team identified eight cricketers who came in contact with the all-rounder and were advised to stay in isolation.

In the latest development, it is learned that all the other eight players who were in close contact with Krunal Pandya including Prithvi Shaw and Suryakumar Yadav, who are set to join the Indian Test team in England, have returned negative COVID-19 test. As per the reports from ANI, it is also learned that Krunal Pandya will now undergo seven-day isolation from today in Sri Lanka.

Team India is currently leading the three-match T20I series after an emphatic 38-run win in the opening game on Sunday. Krunal Pandya had a decent outing in the first T20I, he bowled two tight overs and returned with the figure of 1/16.

Sri Lanka vs India: What Indian skipper said after winning the first T20I?

The Indian skipper Shikhar Dhawan was quick to admit that they were 10-15 runs short. He further lauded the all-around performance of his teammates. “I thought we were 10-15 runs short. I feel we played quite well after losing early wickets. It was about one or two boundaries, we knew we could get going. He(SKY) is a great player and we enjoy watching him bat. He took the pressure from me and the way he plays calculated shots was amazing to watch. They were playing well, we knew our spinners will do the job on that wicket. Bhuvi bowled well, so was KP. Everyone stood up and even Varun too playing his first match did well giving a few runs and got the wicket. Prithvi is playing well and he is going to bounce back stronger. He’s (Varun) difficult to pick, I am very happy for him,” Shikhar Dhawan said.

Dream was to play cricket, but job is to serve cricket
Previous ArticleWI vs PAK 1st T20I: Possible Playing 11 of Pakistan
Next ArticleSri Lanka vs India, 2nd T20I: Colombo Weather Today and Chance of Rain