March 29, 2015, Steve Smith hits the winning runs for Australia, as the Kangaroos lift their fifth World Cup at the expense of New Zealand in front of record crowd of 90,000 plus at the iconic Melbourne Cricket Ground. 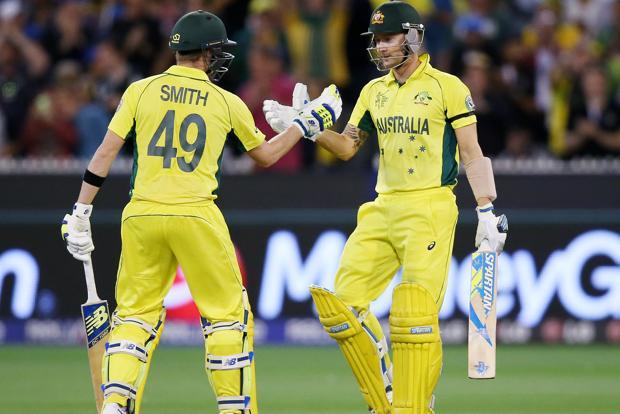 Part of Australia’s success in that World Cup was their strong middle-order which boasted of names like Micheal Clarke, Shane Watson, James Faulkner, Brad Haddin, and Steve Smith, who could stem the flow of wickets in wake of an indifferent start and at the same time cash-in on the blitz accentuated by the dynamic duo of Warner and Watson at the top.

Cut to June 19, 2018, the reigning World Champions slumped to their 14th loss in 16 ODI matches since January 2017, en-route to their 242 run loss over England at Trent Bridge, Nottingham. Australia also slipped to sixth in the ICC ODI rankings, their lowest slump since 1984.

So, what essentially has gone wrong with the perennial heavyweights of the white-ball cricket in the past two years? After Micheal Clarke’s retirement post the World Cup triumph, Steven Smith was given the responsibility to take over the reigns of the World Champions. Smith inherited a reasonably inexperienced middle-order after losing Watson, Clarke, and Haddin to retirements, and the team became heavily reliant on the trio of Warner, Finch, and Smith himself, and it is this fact above that has been at the heart of Australia’s diminishing ODI returns in the past couple of years. While James Faulkner, Australia’s much-vaunted all-rounder in the 2015 WC, suffered a significant slump of form (174 runs in 23 matches since WC 2015) the likes of Stonis, Maxwell, Head have all been tried, but neither has been able to nail down their spot in the side.

At the top of the order, Warner and Finch had been the cornerstone of Australia’s success in the past few years, including the 2015 WC triumph, having averaged 40.23 in 48 ODIs, but it has been frequent collapses (19 instances of at least four wickets going down for fewer than 20 runs), which has pegged the World Champions back. The continued overdependence of Australia on Smith and Warner was on full display in Australia’s 1-4 defeat to England in early January, when the duo scrapped to a mere 102 and 73 across five games.

“Unfortunately I haven’t done as well with the bat in this series as I would have liked. Probably both me and Dave as the senior players, haven’t stepped up. We were talking about it just before and that really hurts your team when your two senior players aren’t scoring the runs that they need to be. I’d like to keep taking this team forward and leading the boys and doing the best I can.” said, Smith in the aftermath of Australia’s 1-4 loss to England.

Another reason for Australia’s slump has been regular injuries to fast-bowlers like Starc, Hazlewood, and Cummins, neither of whom have played white ball cricket for a consistent period of time. While Starc missed the Champions Trophy last year in England, neither of the fast bowlers feature in the ongoing ODI series against England, leaving the Aussies to field Tye (seven games), Agar (seven), Richardson (three), and Stanlake (four matches), a combined experience of just 21 ODIs between them.

Lack of wickets at the top is further accentuated by the absence of a top-quality spinner, who could stem the flow of runs in the middle-overs. Since 2015 World Cup, Australia has tried Adam Zampa (42 wickets at 34.74 in 31 matches) and Ashton Agar (5 wickets in 7 ODIs at 66.4) with minimal returns, and with the absence of a Watson-like all-rounder, the depleted resources in the spin department have been exposed to the hilt, 6-481 against England at Trent Bridge bore a testimony to it.

While they do not have quality spinners in their ranks, the alarming level at which Australia’s middle-order struggles against top-quality spin bowling further heightens their malice. In 2017, the duo of Kuldeep Yadav (who also took a hat-trick at Kolkata) and Yuzvendra Chahal were the prime factors in the hosts 4-1 win, with the Aussies, predominantly lacking the skills to play out top quality wrist spin. Their inability to play out spin has been further exposed in the ongoing series with Moeen Ali and Adil Rashid notching up 17 wickets in three games between them.

Having last won an ODI series in January 2017 (4-1 at home against Pakistan), Australia have  proceeded to lose to New Zealand (0-2 in 2017), India (1-4) and now back-to-back series losses at the hands of England (first time since 1985-86), in the absence of their most trusted duo of Smith and Warner, both of whom were banned by CA after the ball-tampering scandal, the road ahead to their WorldCup defence in an year’s time looks bumpy for one of the most successful ODI teams in the history of the game.

A cricket lover waiting for the next Indian cricket triumph!
Previous ArticleWho would host the ICC World Test Championship?
Next ArticleFIFA World Cup 2018: See what is making Twitter go mad over #COLvJPN