Watch: Hanuma Vihari gets out in the most unlucky fashion 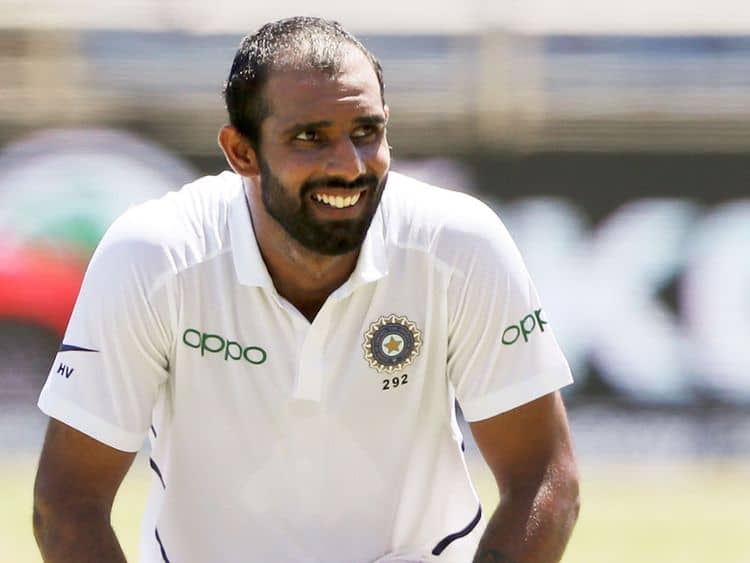 In cricket, we have seen many freakish dismissals. From getting mankaded to getting out due to obstruction of the field, there are a few unusual ways a batsman can get out.

India A’s skipper Hanuma Vihari had one of the most freakish and unlucky dismissals one could see. During the first day’s play of the 1st unofficial Test between India A and New Zealand A, Vihari played a good knock of 51 runs and look set for a big one before he got out off the bowling of Cole McConchie.

The incident took place in the 41st over of the India A innings when the score was 153 for 3, with Shubnam Gill and Vihari batting in the middle with a partnership of 119 runs.

Right-arm spinner McConchie tossed one up towards the leg stump and Vihari went for the sweep shot. The ball was hit with power and went straight and crashed on the shin pad of Rachin Ravindra, who was standing at the forward short-leg position. The ball then ricocheted off his pad and went towards the wicket-keeper Dane Cleaver, who took a brilliant catch to dismiss Vihari. The Andhra batsman stood his crease in disbelief while the New Zealand A started celebrating. The umpire finally gave him out as he walked back to the pavilion. Watch the video of the unlucky dismissal of Hanuma Vihari.

Fifties from Gill and Hanuma Vihari not enough

After Vihari’s dismissal, India A could keep their innings together. Shubman  Gill played a good knock of 83 runs off just 83 balls with nine fours and two sixes. No other batsman could get going after India A got a great chance to bat on day one and put pressure on the opposition. India A was finally bundled out for 216 runs.

New Zealand A looked much more resilient in their approach. At the end of the day’s play, the hosts were at 105 for 2. Mohammad Siraj and Ishan Porel picked up a wicket each. The day two at the Hagley Oval in Christchurch is expected to be quite crucial as it seems like it would eventually decide the outcome of the first unofficial Test between the two teams.

A cricket crazy head who is always up for conversation/debate on the sport
Previous ArticleIndia’s super over score of 20 for 0 is now a new world record
Next ArticleNZ vs India: Skipper Kane Williamson ruled out from the fourth T20I