England toured India for five-Test series in 2016, Although the home side won the series 4-0 the series witnessed a few on-field skirmishes that lighted up the tour. 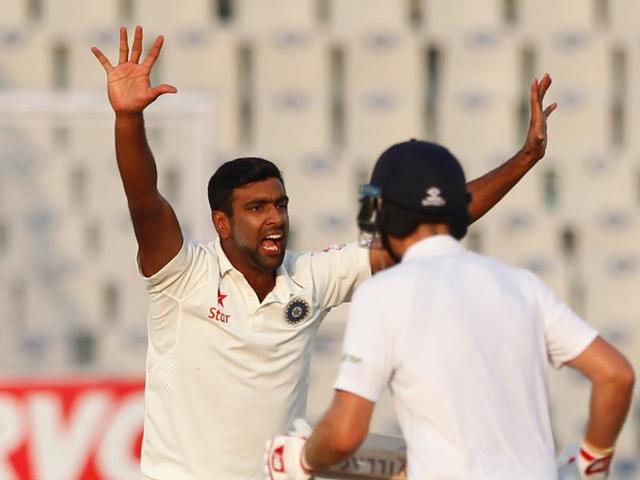 During Day 3 of the third Test in Mohali, a  gesture by England batsman Joe Root riled up Indian off-spinner R Ashwin and paved the way for another controversy. While standing at the non-striker’s end, Joe Root was getting too close to the umpire’s eye line. Though the right-handed batsman was inside the crease his tactics were to help Alastair Cook with the Decision Review System (DRS) decision in case there was an appeal for an LBW.

R Ashwin expressed displeasure and brought allegations to the umpire, twice in the over, about the non-striker’s standing position. However, since Root was well within his rights to stand there as long as he was not in the umpire’s eyeline or in the bowler’s way, the umpire decided to shun the issue. The off-spinner however the bowled Alastair Cook on the last ball of his over.

India vs England tour:  When and where to watch England vs India Test series?

The first Test match India and England will kick start on August 4 at Trent Bridge followed by the second Test at Lord’s on August 12. The third Test between the two cricketing heavyweights is scheduled to be held at Headingley from August 25 while the fourth Test starts on September 2 at the Oval. The fifth and final Test will be played at Old Trafford from September 10. Sony Pictures Sports Network has the right to telecast all home matches of the England cricket team in India. Therefore, the England vs India Test series will be available on Sony Sports Channels for fans in India. Sony Liv will also stream all five Tests of the series in India.

Fans in the UK can watch this series on the Sky Sports Network while Fox Cricket will broadcast the five Tests in Australia and fans in the US can watch the Tests on Willow TV.