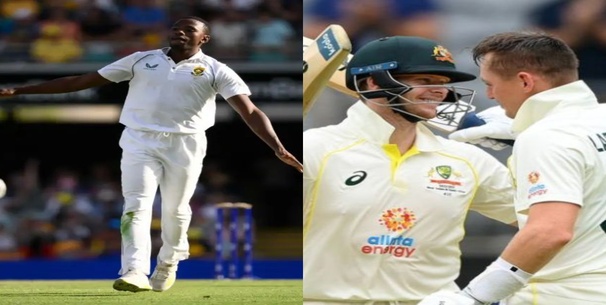 AUS vs SA Dream11 Team: Hosts Australia registered an incredible 6-wicket victory over the visiting South African team in the first Test match on a spicy Gabba wicket that had enough help for the pace bowlers. The Pat Cummins-led Aussie side have now taken a 1-0 lead in the three-match Test series. The second Test match between Australia and South Africa is scheduled to take place at the iconic Melbourne Cricket Ground in Melbourne from 26 December, 2022 which will be the Boxing Day Test match. The likes of Marnus Labuschagne, Steve Smith, Mitchell Starc, Kagiso Rabada and Dean Elgar will once again be in action during the AUS vs SA 2nd Test.

Former Australia captain Steve Smith has witnessed quite mixed fortunes in international cricket during the recent few months. He scored 36 runs in the first innings of the opening Test match against South Africa where he failed to convert his impressive start into a big score. Earlier during the recently concluded Test series against West Indies at home, Smith composed a remarkable double hundred in the first Test match. In his entire Test career so far, the right-handed Aussie batsman has scored more than 8400 runs from 90 Test matches at an excellent average of over 60 that includes 36 fifties and 29 centuries.

South Africa’s senior batsman Temba Bavuma looked in a solid touch during both the innings of the first Test match against Australia on a really difficult pitch for batsmen. He got fine starts in both the innings of the Test match but will be looking to contribute well with the bat in the upcoming second Test starting from Monday. Bavuma has composed a total of 2679 Test runs from as many as 52 Test matches at an average of 34.35. The right-handed Proteas batsman has scored a total of 19 fifties and 1 hundred in the longest format of the game.

Australia’s Marnus Labuschagne has been one of the best batters for the home team in the longest format of the game during the last couple of years. The right-hander smacked an incredible double-century in the first innings of the opening Test against West Indies and also followed it with a fine hundred in the second innings. Labuschagne has scored more than 3000 runs from just 30 matches at an average of over 60. He also smacked a brilliant century in the second Test match against West Indies and now has overall 13 half-centuries and 10 hundreds in Test cricket.

For Australia, Travis Head batted excellently well during the first innings of the last Test match against South Africa in some tough conditions. The left-hander scored a sensational knock of 92 runs that included 13 fours and 1 six that proved to be really vital in the significance of the Test match. Head also scored a wonderful century in the second Test match against West Indies and smacked a 99-run innings in the opening Test of that series as well. In his short Test career so far, he has notched up 2005 runs at a fine average of 44.56 that consists of 10 fifties and 5 hundreds.

A cricket maniac who lives his life like a T20 match, time is short so make the most of it. Always thriving to learn more about cricket writing and obviously being an Indian, a big cricket expert.
Previous ArticleHUR vs REN Dream11 Prediction: Hobart Hurricanes vs Melbourne Renegades Dream11 Team, Playing 11, Fantasy Cricket Tips of Today’s Big Bash League
Next ArticlePAK vs NZ Dream11 Team: Top 5 Fantasy Picks for Pakistan vs New Zealand 1st Test