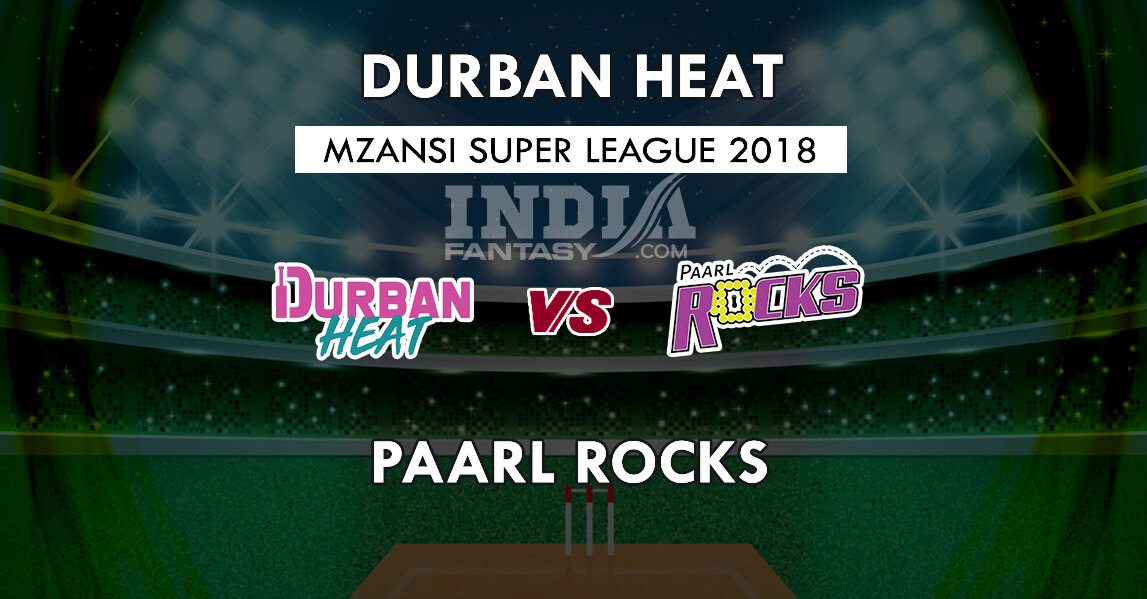 Durban Heat and Paarl Rocks would be looking for their second win in the tournament when they meet at Kingsmead on Wednesday night.

Durban Heat lost their tournament opener against Cape Town Blitz (18 Nov.) but registered a 10-run win over Tshwane Spartans in their second outing. They were on the receiving end again in the third. Such has been their case which they would want to improve. After a dismal showing in the last fixture, they must put a better all-around show here to regain some confidence.

Paarl Rocks, on the other hand, recorded their first win in the third outing (25 Nov.) after suffering defeats in the first two encounters. They would look to take the momentum forward here and lift themselves up the points ladder.

EXCLUSIVE: "We are out the sheds and let's hope we can keep on running," says @Paarl_Rocks captain @faf1307 after today's 5-wicket win at Boland Park. @IOLsport pic.twitter.com/3HSMKpIXio

Durban Heat skipper Albie Morkel retired injured in the last game and was forced to leave the field. He will undergo a fitness test ahead of Rocks clash.

Here’s how both sides may line-up for Durban Heat vs Paarl Rocks Mzansi Super League match.

Khaya Zondo and Albie Morkel have done the bulk of scoring for the side so far.

Kyle Abbott and Keshav Maharaj have been among the wickets.

Faf du Plessis and Henry Davids have registered 50+ scores in the tournament.

Dane Paterson and Bjorn Fortuin are two best bowlers for the side after three games.