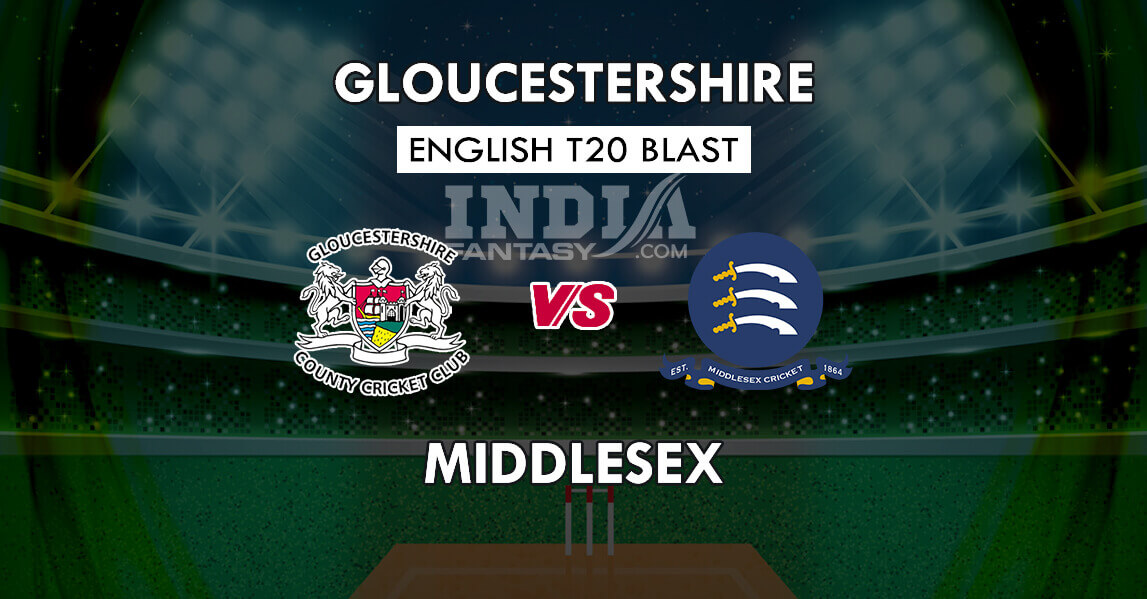 Gloucestershire take on Middlesex on Sunday, as the tournament nears its business end.

Gloucestershire are currently fourth in the table with three wins out of the eight games they’ve played so far, a win here could do their play-off chances a world of good.

Middlesex, on the other hand, are third in the table with winning five out of their eight games.

Top Wicket taker Benny Howell will undergo a late fitness test after suffering a finger injury against Surrey while trying to save a run.

Gloucestershire thankfully have no other injury concerns as captain Chris Sent looks to inspire his side to a hat-trick of victories.

Eoin Morgan has recovered from his sore back and is back in the squad.

Dan Lincoln makes way for Morgan while max Holden, who was initially named as Morgan’s replacement, retains his spot.

Morgan’s return could go a long way in easing the pain of De Villiers’ absence.

Eoin Morgan: World Cup-winning captain and one of the most destructive batsmen in the world. Morgan should be the first name on your Dream 11 team list.

Big Hitting Irishman Paul Stirling will be looking to get back into runs as he has only managed 90 runs in five innings so far. Although on average he has scored a boundary every over he has faced in this series.