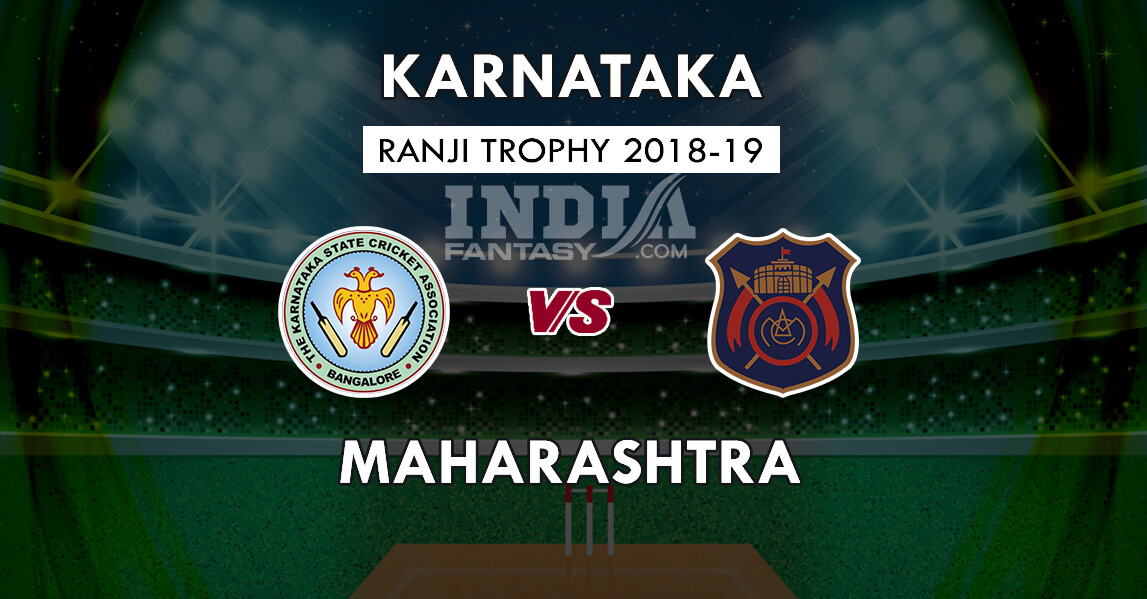 Karnataka vs Maharashtra Round 4, Elite Group A Match Preview

Karnataka and Maharashtra will lock horns in the Round 4 of the Ranji trophy starting from tomorrow. Both the teams will face each other at Srikantadatta Narasimha Raja Wadiyar Ground, Mysore.

Both Maharashtra and Karnataka eye on their maiden win

Placed fourth in Elite Group A and B, Karnataka is still looking for the maiden win of the tournament. Both their games against Vidharbha and Mumbai have ended in a draw. They have made a couple of changes in their squad and would be hoping some change in fortune.

They have dropped their star all-rounder Stuart Binny following his rough patch since Vijay Hazare Trophy. Binny, who was also dropped from Vijay Hazare due to poor performance, has just managed 53 runs and a wicket in two Ranji games so far. Shishir Bavane is another one who will be missing out against Maharashtra while skipper R Vinay Kumar returns back to the squad. Vinay Kumar missed the last match due to an injury and is all set to lead the side.

Placed in the second half, Maharashtra’s case is also the same. Both their games against Vidarbha and Baroda have ended in a draw. Maharashtra will be once again led by Ankit Bawane and would be eyeing to cruise up the table with a win.

The probable KAR vs MAH  playing 11 is listed below.

In wicketkeeper, both BR Sharath and Rohit Motwani are good choices. Both come in the middle order to bat.

In all-rounder, Chirag Khurana, Shreyas Gopal and J Suchith will be right picks.

Fantasy Tip: Don’t pick Stuart Binny. He is not in the squad.

In bowlers, R Vinay Kumar is fully fit and has returned to lead his side. He will be a good pick alongside Abhimanyu Mithun, Satyajeet Bachhav.

You can also consider, Prasidh Krishna and A Sanklecha.

You can choose this KAR vs MAH Dream11 team or make your own.

Disclaimer- Management can take any decision at the last moment. The KAR vs MAH dream11 match predictions we are providing here is based on our research and analysis. We urge you to pick your KAR vs MAH playing 11 and make your own KAR vs MAH Dream11 team if you feel so. Also, hit the bell icon to never miss an important update from us.

A 90's born who has witnessed Sachin becoming "The God", Dhoni becoming "The only Captain to have won all the ICC trophies" and Kohli turning into a "run-machine". Cricket is something I am crazy for and I try to deliver the best and true I can in my every writing.
Previous ArticleMUM vs GUJ Dream11 Prediction | Mumbai vs Gujarat Ranji Trophy Preview Team News, Playing 11
Next ArticleDLH vs PUN Dream11 Prediction Ranji Trophy | DLH vs PUN Team News, Playing11