SS vs SMP Dream11 Prediction: Salem Spartans will be up against Siechem Madurai Panthers for match number 26 of the Shriram TNPL T20. The game will be hosted at the MA Chidambaram Stadium. This will be the first time both sides will be locking horns this season.

Talking about the standings, Salem Spartans are currently at the bottom spot, having won one and lost five in the tournament so far. Meanwhile, Siechem Madurai Panthers haven’t had the best of time either and are 5th in the TNPL, courtesy two wins and four losses. With both sides struggling to find form, the upcoming encounter could turn out to be an interesting watch.

Pitch Report: The wicket at the MA Chidambaram is usually a slow and sticky surface with ample assistance for the slower bowlers. The average first innings score at the venue is 153. 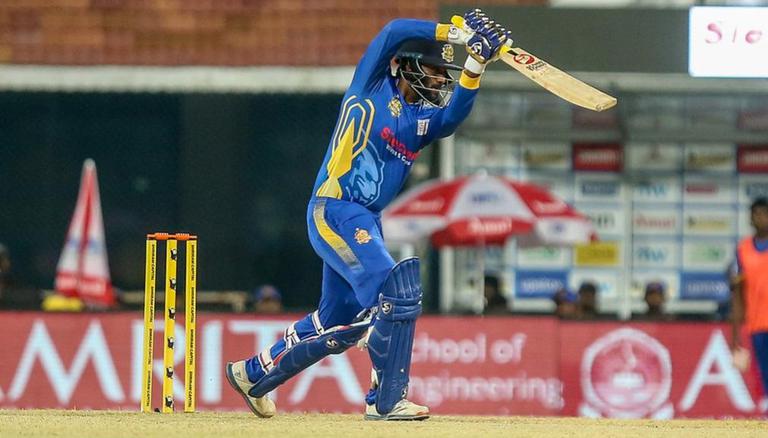 Although both sides haven’t been at their best in the tournament so far, they do have quite a few quality players that could make the difference in the game ahead. The likes of Vijay Shankar, Murugan Ashwin, Jagatheesan Koushik are few of the names to look out for.

Vijay Shankar is one of the most renounced all rounders in India at the moment. Talking about the ongoing TNPL season, Vijay Shankar has scored 110 runs, and also has three wickets to his name so far.

Jagtheesan Koushik has been in stellar form for Siechem Madurai Panthers. Koushik has scored 156 runs and also has seven wickets to his name in the ongoing TNPL season.

Murugan Ashwin can play a pivotal role with his wrist spin for the Spartans. Ashwin has six wickets to his name in the tournament so far.

Vijay Shaknar has scored 110 runs and has three wickets to his name for Salem Spartans this season.

NS Chaturved has been one of the standouts for Siechem Maurai Panthers. Chaturve has scored 195 runs in the ongoing TNPL season so far.

J Koushik has impressed with his all round ability for Sichem Maurai Panthers. Koushik has 156 runs and seven wickets to his name as of now.

The match can be streamed live on Hotstar, and will be broadcasted on Star Sports 1 Tamil.

List of Channels to watch SS vs SMP Match

The match can be streamed live on Hotstar, and will be broadcasted on Star Sports 1 Tamil.