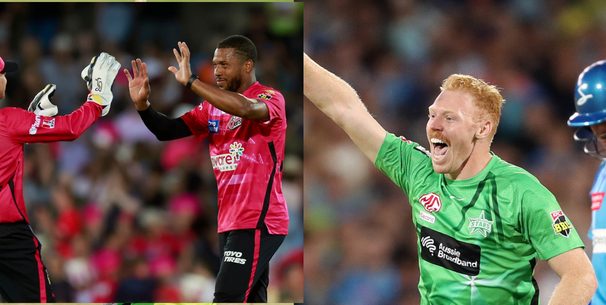 STA vs SIX Dream11 Prediction: The match 31 of the BBL 2022 is going to be Melbourne Stars vs Sydney Sixers. The game will be played at 01:00 PM IST. The Stars are now pushed to the bottom of the points table while Sixers are at 3rd place in the points table.

You can watch the Melbourne Stars vs Sydney Sixers live on Sony Sports Network Channel 5 and Sony LIV app.

The MCG has hosted 2 BBL games this season so far. 183/5 and 141/9. Both games were won by team batting first. It seemed batting became difficult as the game progressed.

He is making a mark with the ball. He has 13 wickets in 7 games. He grabbed 2 wickets for 29 runs in the last game.

He is a reliable bowler and has bowled well with 11 wickets in 8 games this season.

Who will win STA vs SIX today match?

Who should be the captain of your STA vs SIX Dream11 Fantasy Team?