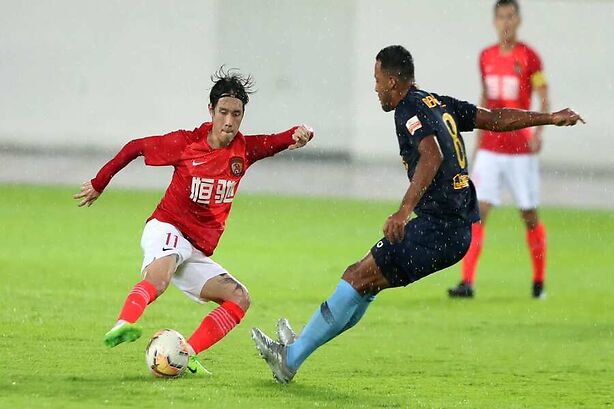 CHYT vs GZC Dream11:  As the Chinese Super League rolls on, it will be Changchun Yatai that takes on Guangzhou R&F at the Huau Stadium. Talking about the standings, Changchun Yatai is 4th with 32 points on board. They’ve lost two games on the bounce to Guanzhou Evergrande and Changchun Yatai, as they look to bounce back with a positive result. As for Guangzhou R&F, they are 7th with 25 points to their names. Their previous two fixtures have been a 5-0 win of Beijing Guoan which was followed up by a 1-1 draw to Hebei CFFC. Both sides have been towards the inconsistent side of things, and we can expect the upcoming contest to be an intriguing affair.

From the last six meetings between the two sides, both Changchun Yatai and Guangzhou City have won three games apiece.

Miao Tang, Y Zhou and Chungi Ye are on the sidelines due to injuries.

Junior Negrao has bagged 13 goals from 16 appearances this season for Changchun Yatai. He is expected to start here for his side.

Tiago Leonco can play a pivotal role in the advanced region for Guangzhou City. Leonco has eight goals from 17 appearances this season.

Erik has done reasonably well in the forward line for Changchun Yatai. Erik has seven goals from 20 appearances this season.

The odds are in favor of Changchun Yatai to nick the win by 2.21 as per 1XBET.