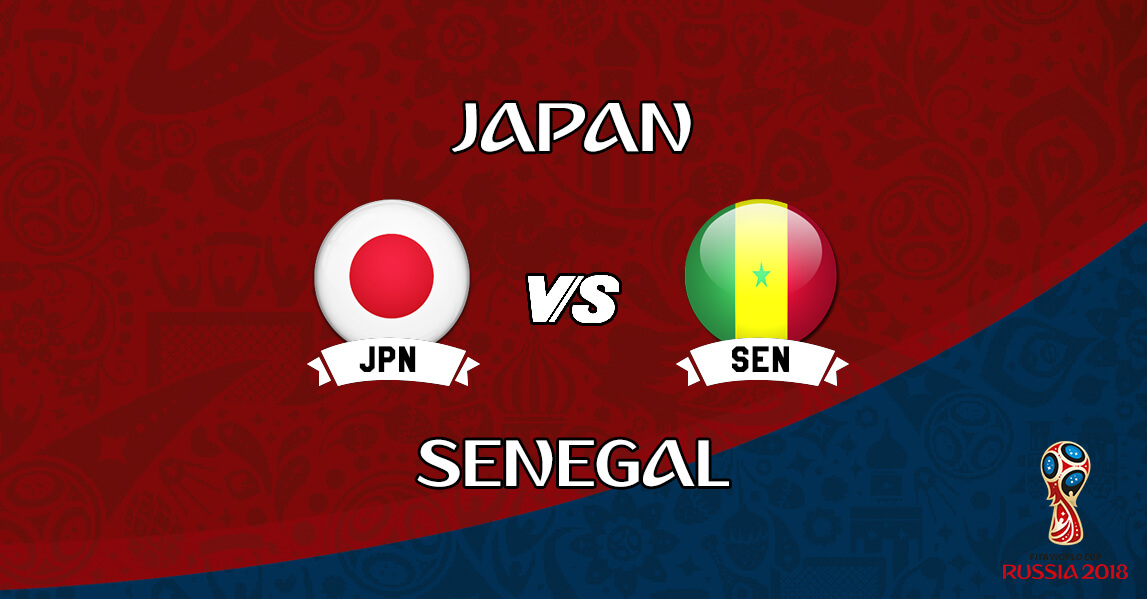 Japan started their world cup journey as the least favourite team in their group but they did change everything around when they scored their first goal against Colombo after Carlos Sanchez was sent off in the starting minutes of the game but the 10 men Colombian side was still looking threatening in the ground and the score was even tied at one point. It was in the second half when Japan scored the winner, leaving everyone surprised and bagging three points for his country. Those three points had more importance to the Japanese as the day before the match Japan was struck with an earthquake and in the memories of the fallen, Japan kicked off their world cup campaign with a dream.

However Senegal’s walk wasn’t easy against the Polish were quite popular in destroying opponent’s defense but unfortunately for them it was not their day. The first goal of Idrissa Gueye was deflected back into the Polish net and after that they really couldn’t get back in the game. Making errors in the ground, led to their second concede of the game and their first game. Suddenly the team that was favourites to go to the knockout stage was knocked out in their first game.

This FIFA World Cup 2018, Group G, 4th match is to be played at Ekaterinburg Arena at 1600 hours in Local time. A thrilling game awaits everyone on Match Day 10 for everyone and can be watched live on Sony LIV.

Japan: japan is most likely to field the same playing 11 that defeated Colombia in their first game. Yuya Osako will retain his place because he scored the winner in the last game.

Senegal: Both Moussa Sow and Ismaila Sarr are expected to start in this game together after their performance in the last game. Cheikhou Kouyate is expected to be benched in this game. Diafra Sakho may replace Mame Biram Diouf on the team sheet in this game.

Important updates:
Japan and former AC Milan midfielder Keisuke Honda suffered a thigh injury after coming on as a substitute in the last game against Columbia, manager Akira Nishino is expected to monitor his situation just before the match. SO he is a doubt. Leicester City Forward Shinji Okazaki was a doubt prior to the opening match because of a calf problem but played the final five minutes, so should be in contention. However, Okazaki is unlikely to displace Yuya Osako, who impressed as a lone striker in their last match.
Meanwhile, Senegal could opt for a change upfront after Stoke’s Mame Diouf started against the Poles but didn’t register a single shot, and was withdrawn after an hour. Should Senegal opt for a change up front, Moussa Konate and Moussa Sow are alternative options.

Poland and Colombia were expected to progress from Group H but both ended up losing to Senegal and Japan, respectively, in their first matches. A win for either team here will all but secure their passage through to the knockout stage of the competition. Senegal have only lost one of their last 11 matches and will be hopeful of extending their good form on Sunday.

NOTE: THIS JPN vs SEN Dream11 MATCH PREVIEW IS BASED ON OUR RESEARCH AND UNDERSTANDING FROM VARIOUS NEWS SOURCES. YOU CAN SELECT YOUR OWN PLAYING 11 ON THE BASIS OF TEAM NEWS.

THIS JPN VS SEN MATCH PREVIEW IS BASED ON OUR RESEARCH AND UNDERSTANDING FROM VARIOUS NEWS SOURCES. YOU CAN SELECT YOUR OWN PLAYING 11 ON THE BASIS OF TEAM NEWS AND ALL THE OTHER INFORMATION REQUIRED FROM THIS WEBSITE. USING OUR TEAMS IN ANY CONTEST WILL INCREASE THE PROBABILITY OF HAVING THE SAME EXACT TEAM WITH OTHER USERS CAN LEAD TO THE WINNINGS SPLIT.