LAG vs PT Dream11: LA Galaxy host Portland Timbers at the Dignity Health Sports Park tomorrow. The Los Angeles side is currently 5th in the league standings. They are coming on the back of a 4-0 thumping at the hands  of FC Dallas. With just one in the last five games, the home side would be looking to turn things around.

Meanwhile, Portland Timbers are languishing in 16th place. Their recent form is mixed with two wins and two losses in the last four games. They are heading into this game following a 1-2 loss to Minnesota United. Both teams are currently short of confidence but LA Galaxy will look to take advantage of Portland’s poor away form. Injury Report and Unavailability: The hosts are headed into this game without Sega Coulibaly and striker Javier Hernandez, who have been ruled out with groin and calf injuries.  Sebastian Lletget, Jonathan dos Santos, Efrain Alvarez, and Giancarlo Gonzalez are away on international duty.

Expected Changes and Strategy: Greg Vanney’s side will line up in the usual 4-2-3-1 formation. J Bond should be starting in goal. J Villafana, D Williams, D Steres, and J Araujo are likely to be the back four. S Kljestan and R Raveloson should partner in the double pivot in midfield. V Vazquez, K Cabral, and S Grandsir should start in the attacking midfield positions and supply balls to E Zubak upfront. 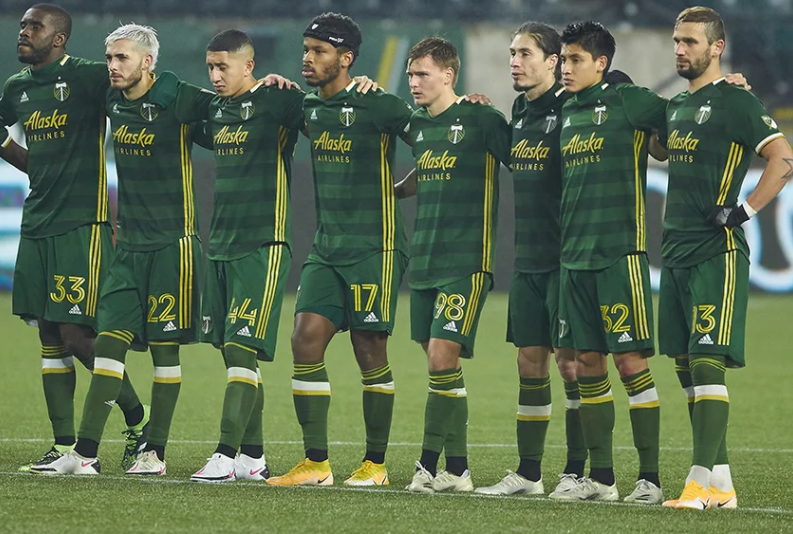 Injury Report and Unavailability: Andy Polo, Jeff Attinella, Ismaila Jome, and Jaroslaw Niezgoda won’t take part in this game due to injuries. Eryk Williamson and Claudio Bravo are unavailable because of international duty.

Expected Changes and Strategy: Giovanni Savarese will also roll out a 4-2-3-1. S Clark should start between the posts. R Zambrano and D Chara should partner up in central midfield. D Valeri, S Blanco, and M Loria might play in attacking midfield roles and provide service to J Ebobisse up top.

Rayan Raveloson is a proper box-to-box midfielder. He has scored three goals in the last four games. He also gets a lot of points from his all-action display from the center of the park.

Jeremy Ebobisse has three goals from ten appearances this season. The Portland striker is very good in the air and also has a high pass percentage ratio for a forward.

Marvin Loria could be pivotal for the away side. He has two goals and an assist this season with a passing percentage of 87.8.

Ethan Zubak could prove to be the ultimate differential pick. He would be leading the line for the home side in place of an in form Chicharito.

Both teams are heading into this game on a poor run of form. History is on Portland’s side but Galaxy has a home advantage. The LAG vs PT Today Match Prediction odds are in favor of a scored draw in this fixture.