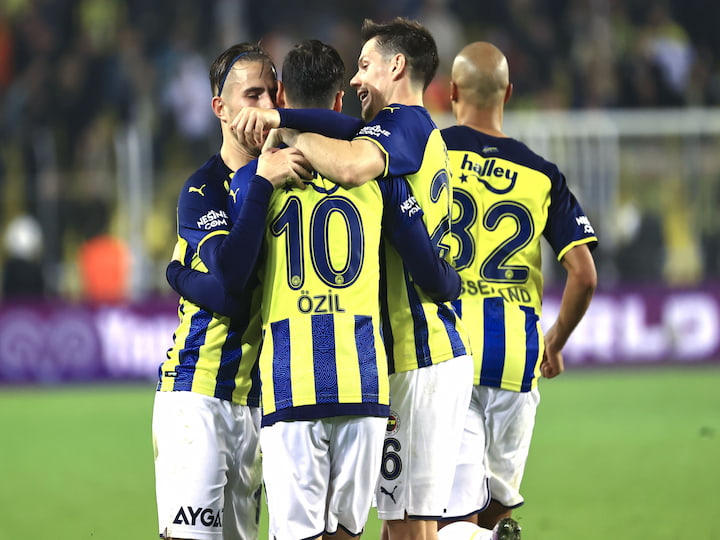 RIZ vs FEN Dream11: Caykur Rizespor and Fenerbahce are all set to lock horns against each other in the Turkish League clash on Friday evening. The hosts claimed a 1-1 draw with Kayseri in their last outing, and are placed 18th in the points tally. They are 10 points off safety, and are most likely to get relegated this season. On the other hand, Fenerbahce are placed second in the points tally with 62 points to their name. The visitors have claimed 62 points from 33 games, 11 points behind the table toppers, Trabzonspor.

From the last five meetings against each other, all five have ended in the favor of Fenerbahce. Their last meeting ended in a 4-0 win for Friday’s visitors.

A. Bayindir starts in goal for the second placed side. He has been exceptional in between the sticks for his side, and has been the number one choice goalkeeper for his side.

S. Aziz has one goal and an assist to his name. He starts in the heart of midfield for his side.

B Osayi Samuel has one goal and three assists to his name this season. He starts on the right back side for his position.

Y Bolasie has two goals and an assist to his name this season. He starts on the left wing for Rizespor.

M. Crespo has the ability to make crucial tackles and interceptions for his side, starting in the holding midfield role.

M. Zajc has eight goals to his name this season. He has been in exceptional form off late for his side, starting in the pivot role.

J Pohjanpalo is the top goal scorer for his side, scoring 14 goals so far. The Rizespor striker has also delivered one assist.

S. Dursun has 10 goals and one assist to his name this season. He will look to continue with his good form, as he starts up top for the visitors.