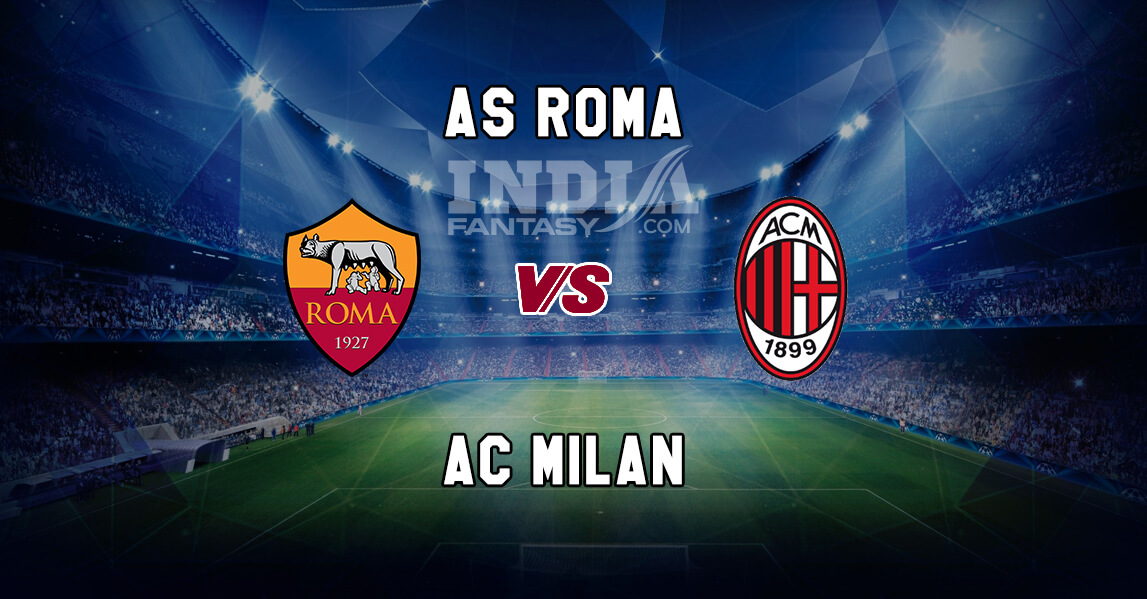 Serie A action is back with AC Milan hosting AS Roma at home after missing out to their former boss Carlo Ancelotti’s Napoli in a thrilling encounter. They seemed solid in the back and with attacks at regular intervals they found the two equalizers they were looking for but Friday had already seen enough of Milan as Dries Mertens add the third goal for Napoli and bagged the game. This could mean, that Gennaro Gattuso would once again going back to the board room and come up with new tactics so that they can stop AS Roma from tearing them apart at home. Despite having a great game last time out, Gattuso would not be happy with the results and as pointed by their former manager Don Ancelotti, that Milan had issues when it came to playing from defence and under pressure, they went clueless giving away the people from Naples to claim a win in their opening game.

AS Roma, on the other hand, would be contented with the result they got in their opening game. A 3-3 score was not an easy one since at one point they were trailing by a score of 3-1 after the first 21 minutes in the game. Javier Pastore opened the scoring in the game for the Romans but Atalanta bounced back strongly and put three goals in the back of Roma’s net. In the second half, the Romans looked completely different in the ground as Florenzi found the second equalizer and Manolas helping his team to draw the game by a scoring the third goal from seven minutes from full time.

An intriguing fixture it is going to be given the nature of both the teams. AC Milan may be playing at home but it seems like AS Roma will come out on top in this game because the kast time out of the 13 away trips AS Roma went on, they won 12 of them and it included top 7 teams from the Serie A points table.

Serie A, AC Milan vs AS Roma is to be played at San Siro Stadium at 19:30 PM ET. A thrilling game awaits everyone and can be watched live on Sony LIV.

AS Roma: Diego Perotti remains the only injury concern for the team as they make trip to Milan. Alessandro Florenzi is a serious doubt to play this game after picking up knocks against Atalanta in the last game. Rick Karsdorp is expected to start in this game. Stephan El Sharaawy, ‘The Pharaoh,’ is expected to be also included in the starting lineup after missing out on the last game against Atalanta.  Both Justin Kluivert and Patrick Schick would compete for a starting spot in this game in the attack.

AC Milan: Both Andrea Conti and Ivan Strinic have been ruled out for the home side ahead of this game because of their injuries concern. Hakan Calhanoglu is once again available for selection after serving his suspension from the last game. It is expected that Gernnaro Gattuso is not likely to make more changes in his starting lineup for this game. Mattia Caldara is expected to keep his place in the defense for this game. Mateo Musacchio is expected to get some game time but that’s not a certainty.

THIS ROM VS MIL MATCH PREVIEW IS BASED ON OUR RESEARCH AND UNDERSTANDING FROM VARIOUS NEWS SOURCES. YOU CAN SELECT YOUR OWN PLAYING 11 ON THE BASIS OF TEAM NEWS AND ALL THE OTHER INFORMATION REQUIRED FROM THIS WEBSITE. USING OUR TEAMS IN ANY CONTEST WILL INCREASE THE PROBABILITY OF HAVING THE SAME EXACT TEAM WITH OTHER USERS CAN LEAD TO THE WINNINGS SPLIT.