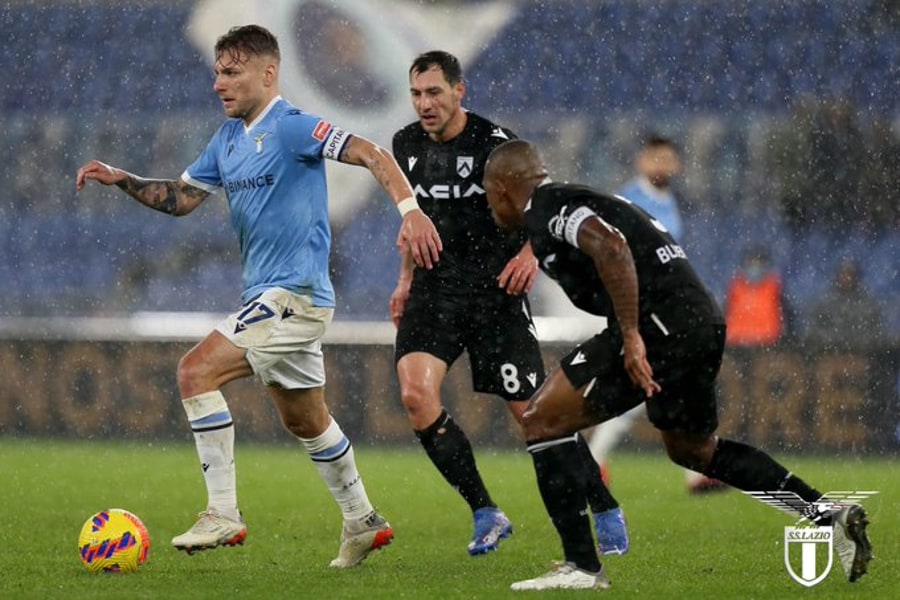 SAM vs LAZ Dream11: Sampdoria’s 3-1 defeat away to a revitalized Fiorentina in midweek came after back-to-back victories for the Genovese club. Samp sit above the bottom three and the relegation places ahead of this weekend’s round of fixtures and do look set for a battle down towards the bottom so far this season. They come up against a Lazio side that shared a remarkable 4-4 draw with Udinese in midweek. That match had three red cards and saw Lazio 3-1 down at half-time and 4-3 up with less than one minute to go. Maurizio Sarri’s side have been weak defensively but do have the ability to put together some complex attacking styles of play. Both teams scoring would appear likely.

Sampdoria are in the 15th place in the current season of Serie A. On the other side, Lazio are residing in the 9th spot of the table.

The viewers can see the live streaming of Serie A matches in India on Voot.

Lazio have a good record against Sampdoria and have won 21 out of 37 matches played between the two teams. Sampdoria have managed eight victories against Lazio.

Ciro Immobile can be the top pick in this clash due to his goal scoring ability. The Lazio striker has scored 14 goals in this tournament, with a conversion rate of 46.79%. For this contest, he can be the perfect captain’s choice.

Fabio Quagliarella has 4 goals so far this season and can be a star in this match. He has a wonderful capability to score goals with a conversion percentage of 35.10 percent.

Felipe Anderson can score goals and change the course of a game on his own. He has two goals and a pass accuracy of 80.48 percent. His goal conversion rate is 33.48 percent.

Jeet Ghosh is a Football Journalist, living and working in Kolkata with years of experience. He is a Post Graduate in Journalism and Mass Communication from Jadavpur University. Jeet is a sports lover but has a special liking for football. He has worked as a football writer with The Citizen, Sportsflashes, Sportskeeda. He follows the football leagues around the world and is somewhat partial towards Real Madrid.
Previous ArticleELC vs CDZ Dream11 Prediction for Elche vs Cadiz La Liga Live Score Fantasy Football Tips & Dream11 Team
Next ArticleMNE vs BRGT Dream11 Prediction for Atletico Mineiro vs Bragantino Brazilian Serie A Live Score Fantasy Football Tips & Dream11 Team