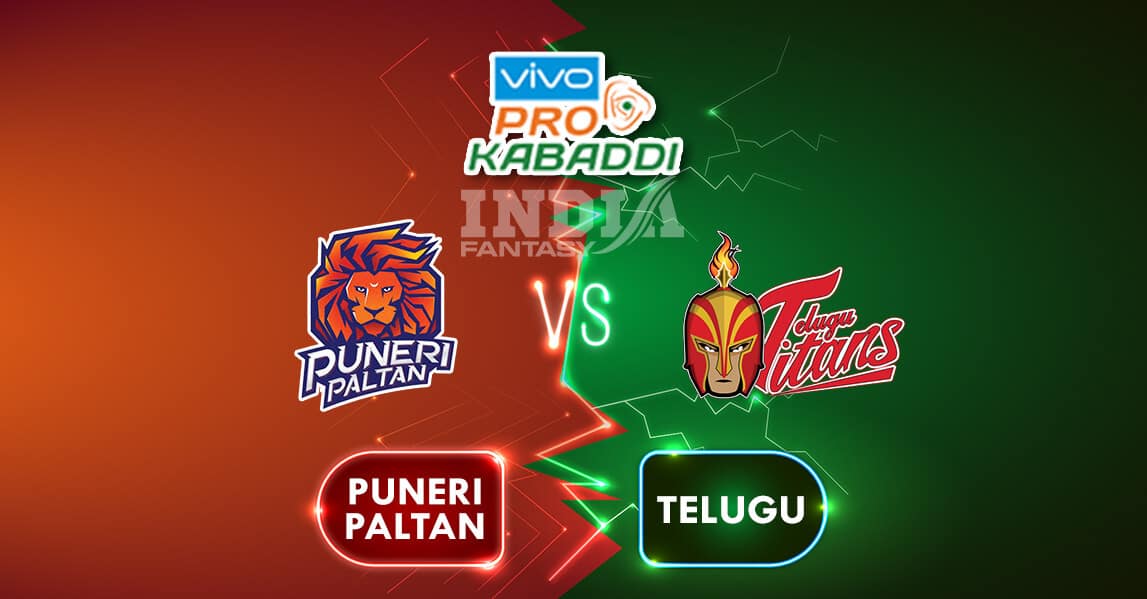 With Pro Kabaddi League 2019 is approaching towards its half-end of the business, the race to reach the top 6 is intensifying with every match. Telugu Titans will face Puneri Paltan next in an all-important clash of this race.

Both Puneri Paltan and Telugu Titans have had similar kind of season so far.  Both teams have won only 3 matches out of the total 10 they have played, and there is not much to separate both sides this season.

However, a win for the Titans would see him sitting at number 7 in the points table, only 1 point outside of the top 6. Meanwhile, Anup Kumar’s men will also look for a win to stay in the hunt for a place in the playoffs.