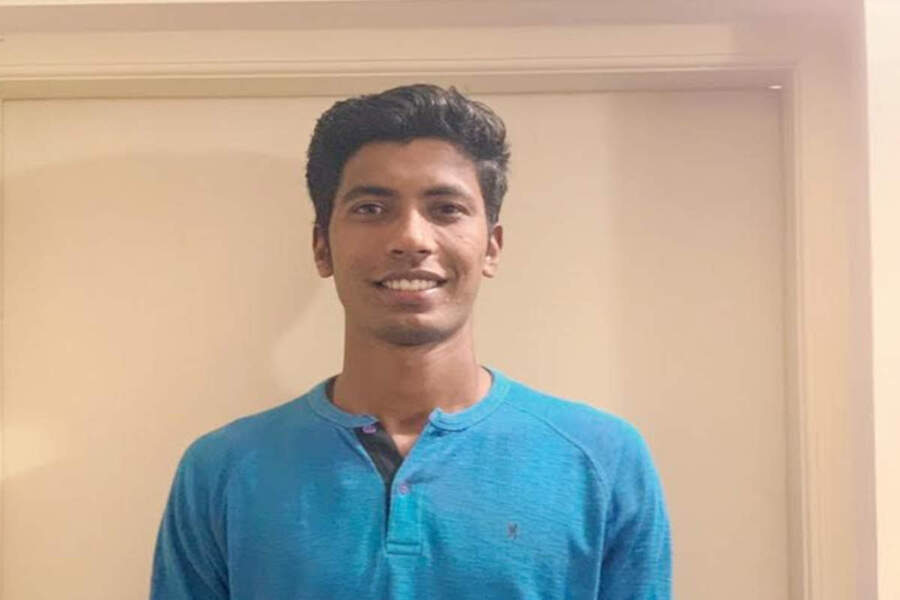 Saurabh Dubey is a tall, left arm pacer who was a part of India’s squad for the ACC Emerging Teams Asia Cup held in Bangladesh in 2019. Born on 23 January 1998, he plays for Vidarbha in domestic cricket.

Saurabh shot to fame during the Col CK Nayudu Under-23 Trophy in 2018-19,  where he picked 25 scalps across 9 matches for the Vidarbha U-23 team at an awe-striking average of 18.02, which comprised a 4-for and two 5-fors. He then became the first player from Vidarbha to be selected for the India U-23 bilateral series against Bangladesh.

He made his List A debut against Andhra in the Vijay Hazare Trophy 2020-21. Also, he was a part of the Mumbai Indians’ squad as a net bowler in IPL 2020 which was held in UAE.  As far as First Class and T20s are concerned, he is yet to make his debut.

Saurabh had a scintillating run in the Vijay Hazare Trophy 2020-21, as he finished the tournament as the leading wicket-taker for Vidarbha with 9 scalps in 5 matches at an average of 27.00 and an economy of 5.87. His best came in the match against Jharkhand, wherein he picked figures of 3/59 that comprised the wickets of Utkarsh Singh, Virat Singh and Vikash Singh. His ability to bowl yorkers and swing and seam the ball at a high pace is what got him a contract in the IPL 2022 auction.

Saurabh was picked at his base price of 20 lakhs by Sunrisers Hyderabad in the IPL 2022 mega-auction. He has been a promising cricketer since his U-23 days, an exciting prospect, to say the least. At Sunrisers Hyderabad, a franchise that has a history of promoting some of the best bowlers in IPL, the journey looks bright for the pace sensation in the next few seasons.

He’s quite young and unmarried at present.