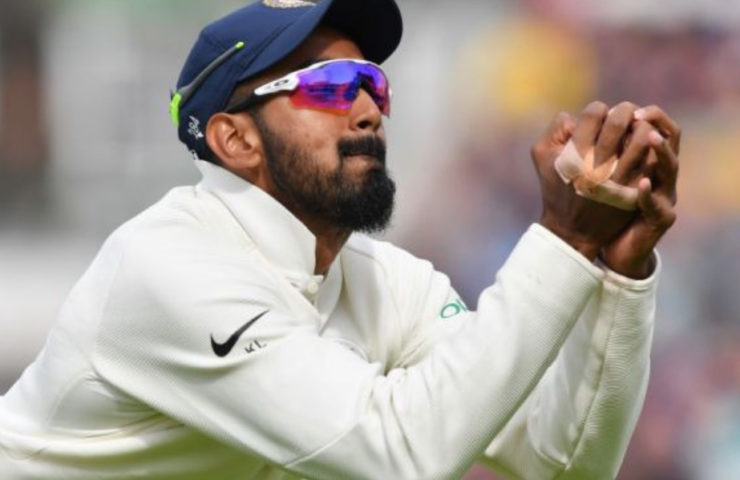 The first Test between Australia and India finished on a thrilling and exciting note as India clinched the win by just 31 runs. However Australian broadcaster Fox cricket doubted the final wicket of the match which was a result of KL Rahul’s smart low catch in slips and raised questions. This didn’t go well with the fans and they trolled Fox Cricket mercilessly on Twitter.

It all started with Fox Cricket’s twitter handle posting a video clip of KL Rahul’s catch. The tweet said ‘Was the final catch clean?’

Was the final catch clean?

In the 120th over of Australia’s second innings, Ashwin invited Hazlewood for a drive and the batsman obliged. But the drift and the loop outfoxed the batsman and he edged the ball.

Rahul standing in the slips saw the ball dipping at him and smartly took the catch with both hands just inches above the ground.

The Indian team started their celebrations immediately and the umpires too didn’t see any reason for checking the catch.

However, with the tweet, Fox Sports sparked a controversy over the authenticity of the catch.

This didn’t go well with the Indian fans who were excited to see India winning a Test match in Australia after a long time.  They expressed their dissent on Twitter and trolled the broadcaster.

As your former Captain would say and gesture.. #AUSvIND pic.twitter.com/AlwhjL6wnI

Try remembering Sydney 2008, good 'ol days of DRS-less test cricket, Clarke's catch off Ganguly's edge, which Ricky- the ump gave out was clean? Aussies cheated their way to a test victory, what later turned out to be a series win for them. #AUSvIND

Definitely better than these two.. pic.twitter.com/RbTNj696qO

Rahul confident about THE catch

After the match, Rahul said that he was sure that it was a clean catch and he also admitted he was sledging Hazlewood just before the last wicket fell.

He stated that he knew that one of the close fielders are in business, either first or second slip. He noted that he kept telling Virat that they should have a gully and he put Rahul into mid-wicket.

The Indian opener recalled that one of the edges went to gully and he thought he should have been there.

Rahul added that finally Kohli put him there and he knew a catch was coming. He revealed that he kept telling Josh that he couldn’t play his shots now they had a chance to win the game and he kept chatting and he is happy that he caught it and they won the game.

Smitten by cricket, green mountains, and written words, Chaitanya is engrossed with cricket stats and analysis. But cricket commentary is what he savors the most.
Previous ArticleJozi Stars lose superstar Windies batsman for remaining MSL T20
Next ArticlePrithvi Shaw celebrates India’s win with Virat and Anushka