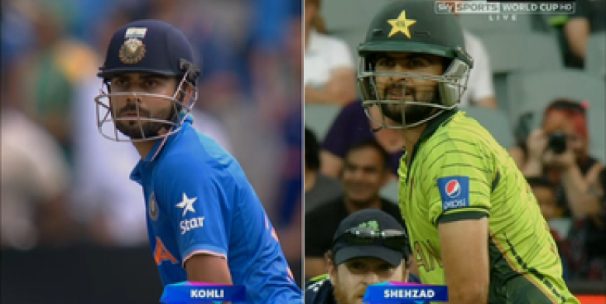 Top Indian cricketers and their doppelgangers are shown below. Some of these will undoubtedly leave you speechless!

Famous Indian cricketers and their doppelgangers

Having someone in the world who looks a lot like you in itself is quite an unlikely scenario. But having a doppelganger playing the same sport as you at an international level is nothing but a crazy coincidence!

There are several visual similarities between Indian captain Virat Kohli and Pakistan opener Ahmed Shehzad. Shehzad is frequently compared to by the supporters as Pakistan’s Virat Kohli. Opening batsman Ahmed Shehzad made his international debut in 2009 against Australia at the age of 17.

He is not a regular on the Pakistan team, though, due to his patchy performance at the international level.

Rohit Sharma and his Pakistani doppelganger A Pakistani man has been identified as Rohit Sharma’s twin. On Twitter, a picture of a man in Pakistan sipping ‘sharbat’ has gone viral. There is a strong resemblance between Rohit Sharma’s face and the image that has been going viral on the internet.

The man is depicted in the image sitting down and sipping Aalu Bukhara (plum) sharbat from a cup while sporting sunglasses and a hat. A user by the name of Shiraz Hassan shared the image and remarked, “Who said Pakistan is not safe for visiting international cricketers? Just saw star Indian player Rohit Sharma, enjoying a glass of Aalu Bukhara (plum) sharbat at Rawalpindi’s Saddar.”